Based on differences in their lifestyles and food preferences, orcas are characterised as "resident" and "transient". These are transient orcas that were probably hunting for seals up in the glacial inlets of Glacier Bay. Transient orcas generally form smaller and more variable social groupings than residents, roam over a larger area of the coastal waters, and their appearance in particular places is not so predictable. They feed primarily on sea mammals such as seals and sea lions. The name "killer whale" probably stems from observations of transient orcas hunting.
Resident Orcas.
"Residents" are more predicatable because they frequent the same areas where they have a regular source of food in the summer and fall. They feed on salmon, live in close and extended family groups (matrilines and pods) and are highly social. Families can be distinguished from one another by their dialects. 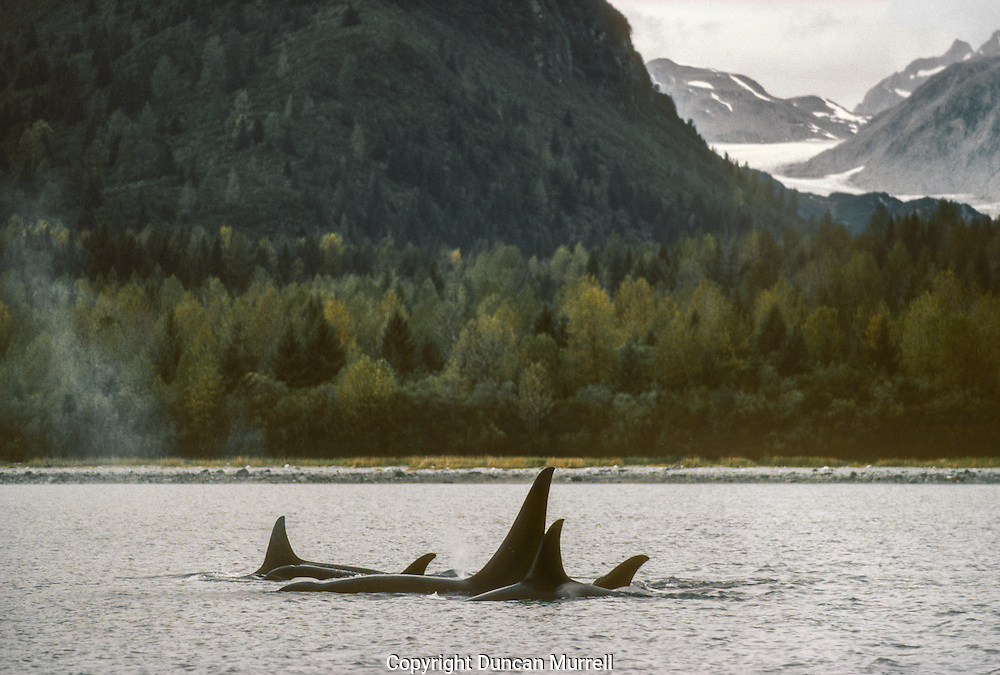