This large shoal of small red fish was hiding beneath our boat for a long time to avoid a frustrated whale shark that was circling our boat. When they eventually broke away the whale shark trapped some on the surface and sucked them into its cavernous mouth. Not long after taking this photo the whale shark swam away with the shoal of fish tailing it in the shape of a fish as large as the whale shark. It was indeed an odd spectacle. Honda Bay, Palawan, the Philippines. 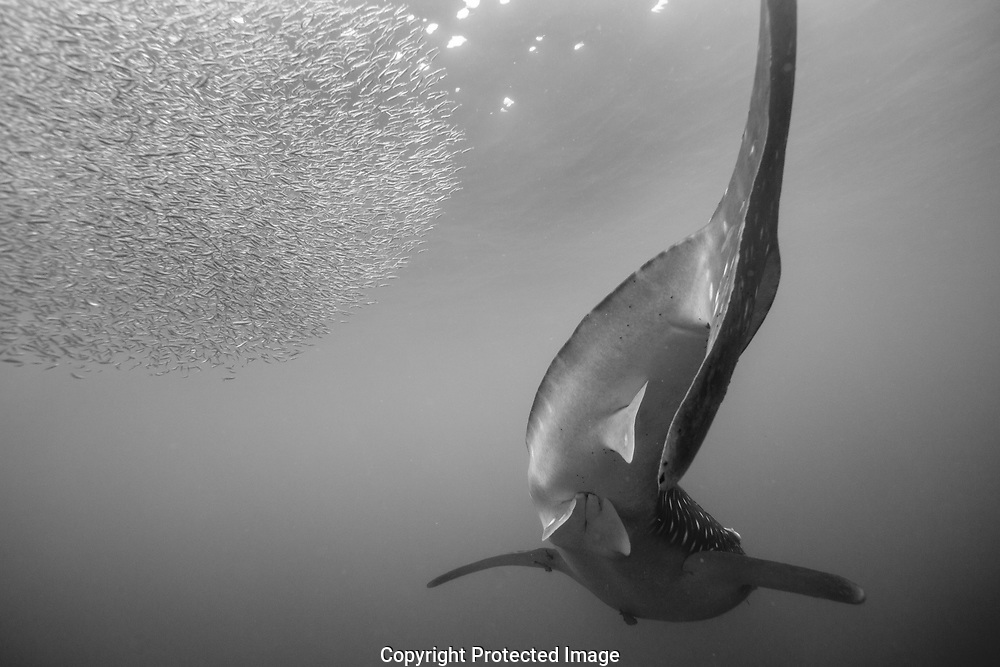