Whale shark with skipjack tuna and unknown shoal of small fish, Honda Bay, Palawan, the Philippines, Sulu Sea. On a few occassions I have seen shoals of these small red fish swimming around or behind a whale shark, and it became apparent that they are a potential prey species and are only remaining near the whale shark because it's the safest place to be. On this occasion they were hiding beneath our boat while the frustrated whale shark circled around us, and then when they tried to escape this happened and eventually the whale shark trapped some on the surface and sucked them into its cavernous mouth. They also had to contend with a shoal of predatory skipjack tuna, which often feed in association with the whale sharks in Honda Bay. When the whale shark eventually departed the shoal followed behind it in the shape of a large fish as big as the whale shark! 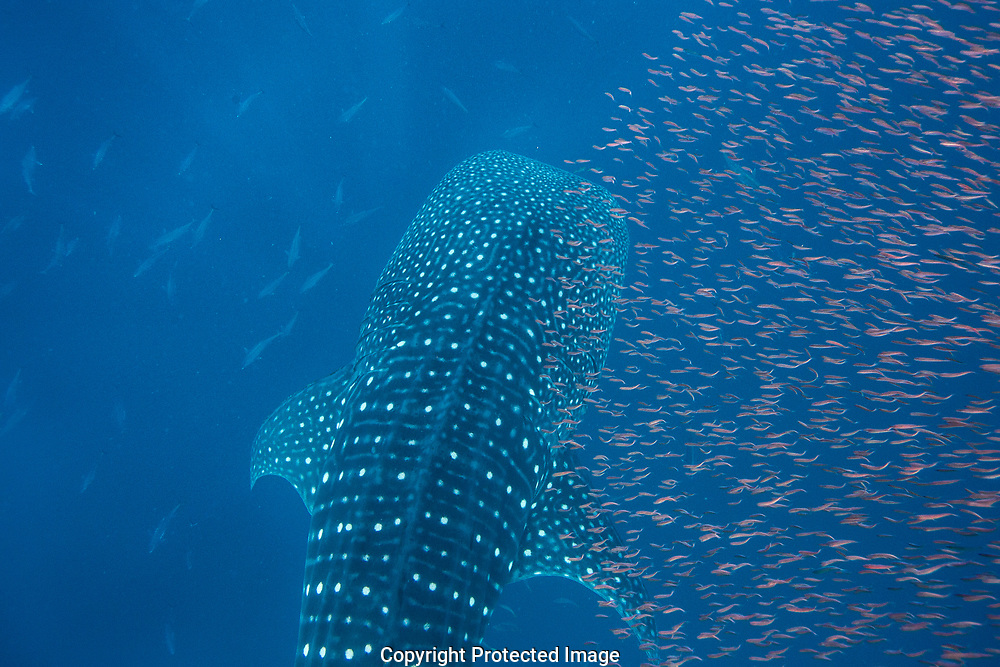