Whale shark with a small shoal of tiny blue fish swimming in the slipstream of a whale shark, Honda Bay, Palawan, the Philippines, Sulu Sea. There are several species of fish that often accompany whale sharks either for food, protection or to avoid being eaten by the whale shark. This was one of the most unusual shoals of passengers that I have seen as they swam close to the caudal peduncle in tandem with the sweeping motion of the whale shark's large tail. 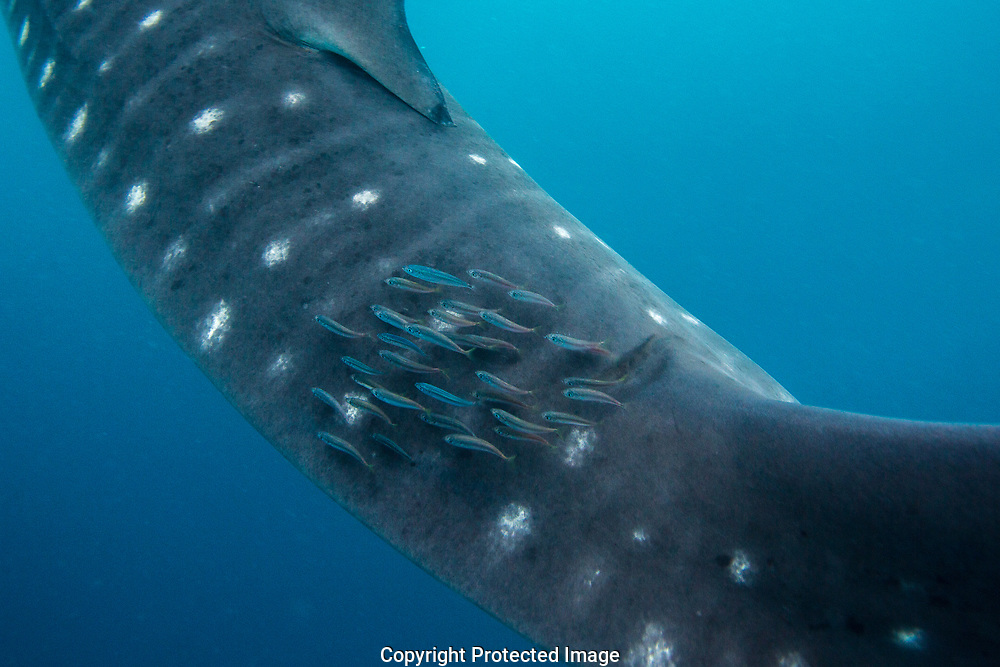