Every day I walked across the rocks around the peninsula watching the angry confrontation between rocks and stormy sea. I had experienced similar frustrating situations before in Alaska, when I was trapped onshore by bad sea conditions, often when I was running out of food. This was yet another test of my patience and common sense. I could clearly see the Isles of Lunga and Eigg on the seemingly not too distant horizon. The sky was mostly clear, benign and warm in temperament in contrast to the cold fury in the sea below. I kept on assessing the wind and sea conditions, getting ever hopeful whenever there seemed to be a hint of respite, but most of the time I was just trying to persuade myself that the windy weather was relenting. I was in a relatively sheltered bay, and I say relatively because the sea was still very agitated, and I only had the distant whitecaps to give me any idea of what the sea conditions might be like farther out. Anyway, I finally threw caution to the wind, so to speak, and when there seemed to be a slight respite I decided to go for it, but my heart was very much in my mouth. 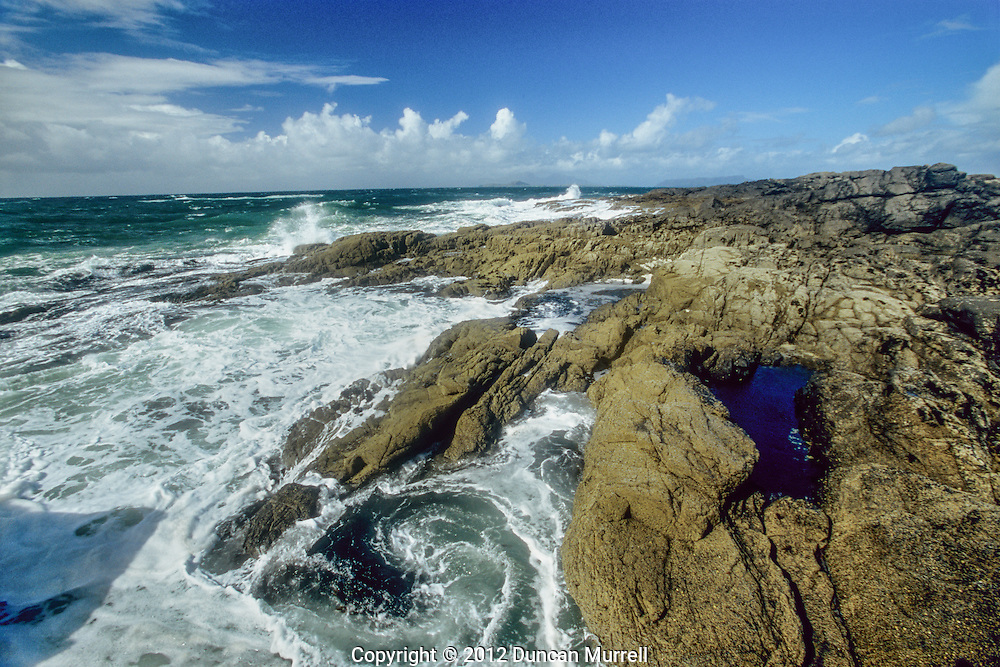