The Steller sea lions of Alaska have entertained me many times and provided company during bad weather when there were no other animals around. They were always inquisitive, if not a bit wary of me, and would often swim beneath my kayak and look up at me with their big bulging eyes. Sometimes they would even engage me in a race to show off their speed on the surface where they can leap like dolphins.
Among pinnipeds, it is only inferior in size to the walrus and elephant seals. The males are bigger than the females and grow to a length of about 2.82-3.25 metres long, with an average of 3m. The males have much wider chests, necks and general body structure and weigh 450-1.120 kg with an average of 544 kg. Males are further distinguished from females by broader, higher foreheads, flatter snouts, and darker, slightly tuftier hair around their large necks, giving them a maned appearance. Indeed, their Latin name translates roughly as “maned one with the broad forehead”.
The range of the Steller sea lion extends from the Kuril Islands and the Sea of Okhotsk in Russia to the Gulf of Alaska in the north, and south to Ano Nuevo Island off central California. The global Steller sea lion population has traditionally been divided into an eastern and western stock roughly through the Gulf of Alaska. They have attracted considerable attention in recent decades due to significant, unexplained declines in their numbers over a large portion of their range in Alaska. While the population of the eastern and Asian stocks appear stable, the population of the western stock, particularly along the Aleutian Islands, was estimated to have fallen by 70-80% since the 1970s. One suspected cause of their precipitous decline is overfishing of Alaska Pollock, herring and other fish stocks in the Gulf of Alaska. In 1997 the western stock was listed as threatened but in 2013 they were removed from the U.S Endangered Species List after a major population recovery. 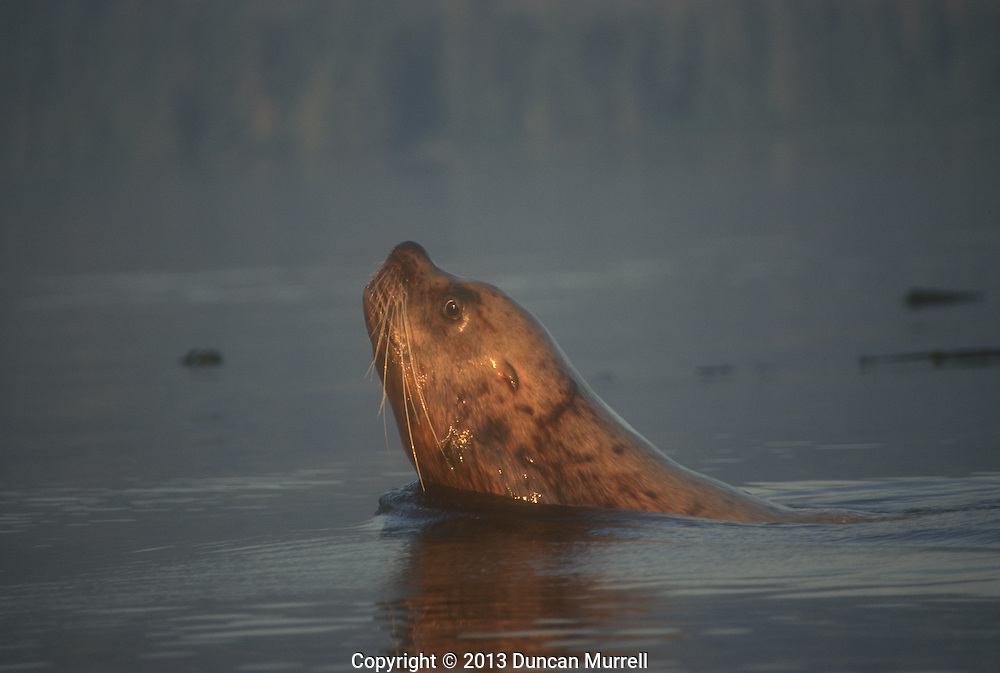