Recaulking the wooden deck of Avalon at our berth on the transient float in the old harbour in Petersburg, Mitkof Island, Southeast Alaska, USA

When we first bought the sailboat from the builder, a highly skilled English shipwright called Jim, he had painted the deck with black bitumastic paint as a drastic last resort to stop the mahogany deck leaking. It worked but created such a horrible mess on our hands and clothes, or anything that came into contact with it so we had to bite the bullet and scrape it all off, and what a horrible job that was! We then had to recaulk it in the old traditional way, and seal it with sealant using a sealant gun, which was also a horribly messy job. It was the first time that I had done anything like that before. The final sealing with sealant wasn't very successful because the seams opened up so much in hot dry weather, and the deck always leaked to some degree in different places. Apparently mahogany isn't the ideal choice for decking because it shrinks and swells too much. 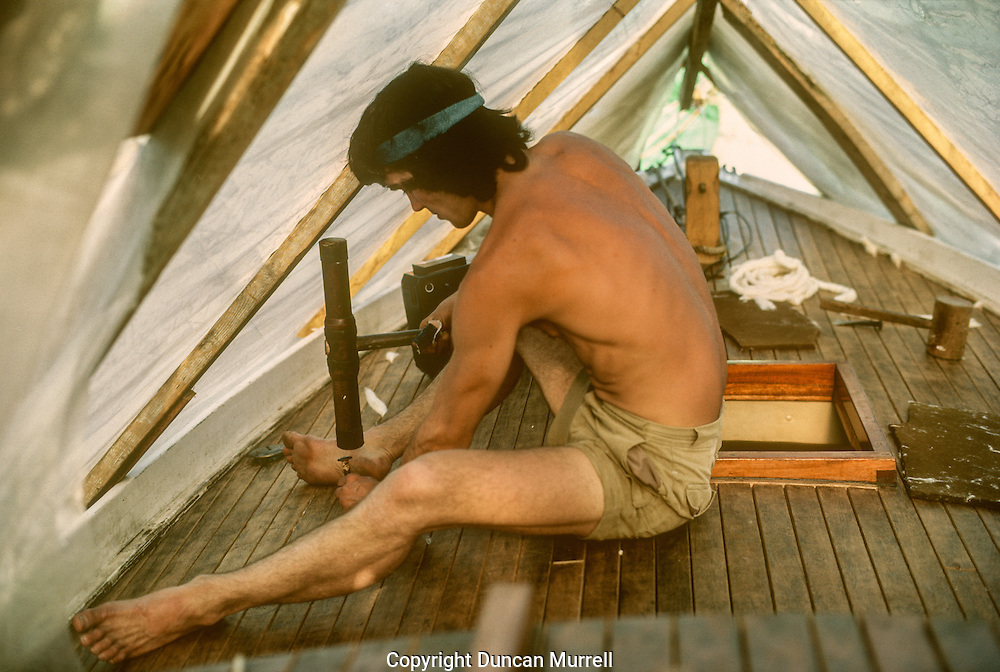