The prevailing wind in Southeast Alaska is SE, and in the early days when I was kayaking mainly in Frederick Sound and Stephens Passage I had to paddle southwards back to Petersburg against strong headwinds and waves. But sometimes the wind and waves were too much for me when the weather deteriorated in late September, and I had to just sit out the storms and wait for a break in the weather. On this occasion I had to wait at least a week, and I was down to my last provisions. It was exhilarating to look out across the stormy sea feeling the full might of the wind rampaging across the long fetch of Frederick Sound. But I was getting frustrated and my tent was being attacked by a very aggressive territorial squirrel that objected to me living on his patch. It was the only clearing that I could find to pitch my tent, and because it was relatively open the forest floor was riddled with the squirrel's burrows. It started chewing holes in my precious "Omnipotent" tent and then it escalated to bombarding it with fir-cones. I had to retaliate and throw them back at him, and the tension continued to escalate from there until I had to declare war on the squirrel. I was always very wary of the squirrels in Southeast Alaska because they were worse than bears for trying to raid my food, and they chewed holes in some of my drybags, with perfect insight into where their favourite snacks like peanuts were located. Eventually I woke up one night and the moon was beaming across a placid Frederick Sound so I made a dash for it and paddled for 14 hours straight to get back to Petersburg before the weather changed. 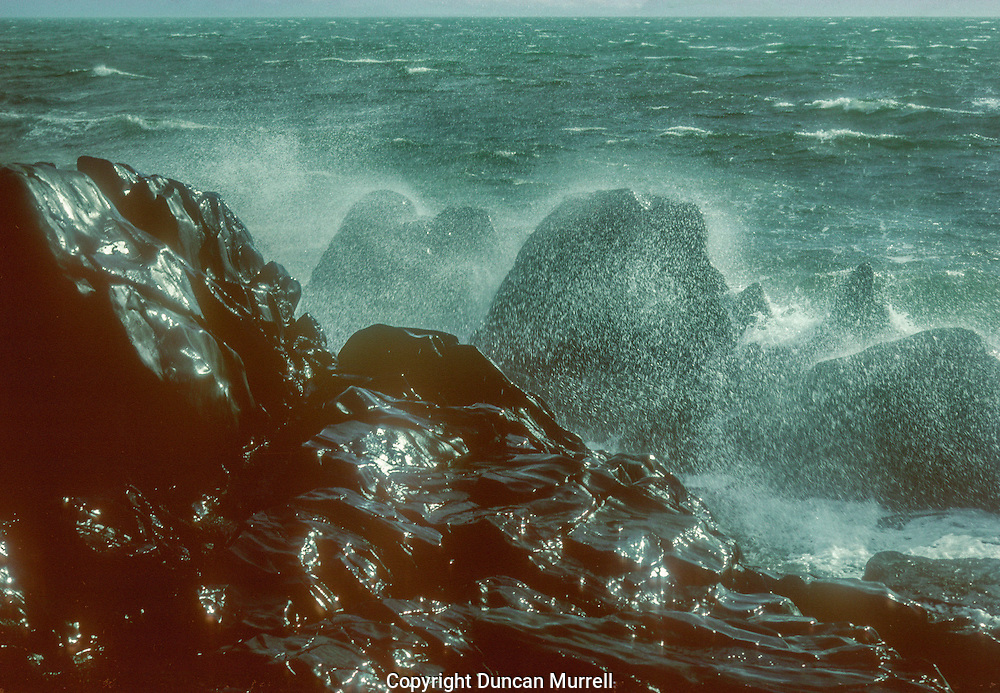