The end of the first day of my journey, and the people that helped to rescue my kayak and gear from the sea, on a beach just to the north of Tamatave, east coast of Madagascar.

What an auspicious start to my trip! I had already made one false start leaving too late in the day and having to head back to the relative shelter of Tamatave. The next day I paddled 20 miles along the completely featureless coastline, and all I saw was a continuous, steep beach, with the big swells of the Indian Ocean crashing down onto it. I couldn’t see any ideal places for making a safe landing so I had to just go for it, come what may. I monitored the sequence of waves and made a dash for it at what seemed the safest point. I managed to get through the surf but as soon as I hit the beach and jumped out of the kayak the next wave broke into the cockpit and the powerful undertow started to drag my heavy flooded kayak back out to sea. The alarm bells were already clanging away inside my head, along with the thought, “Here’s another fine mess I’ve got myself into!”
I instinctively started grabbing bags out of the kayak and hurling them up onto the beach while either my feet or knees were desperately anchoring into the abrasive shingle, but I was still being dragged around mercilessly by my unruly kayak. I looked down along the endless beach and saw two diminutive figures so I started hollering for help. As they got nearer my heart sank because I could see that it was a young girl with a child. They could only grab my things that were floating away in the relentless surf but then miraculously a strong young man appeared on the scene, and jumped into the sea to help me wrestle with my half-submerged kayak. The kayak was a dead weight in the water so I decided to start dismantling the cockpit coaming so that some of the water could be drained from the cockpit. It worked, and after much heaving we managed to drag it up the beach away from the surf; we both collapsed on the shore, utterly exhausted and chilled by the cold water. I was eternally grateful for the providential arrival of that young man on that deserted stretch of coastline. 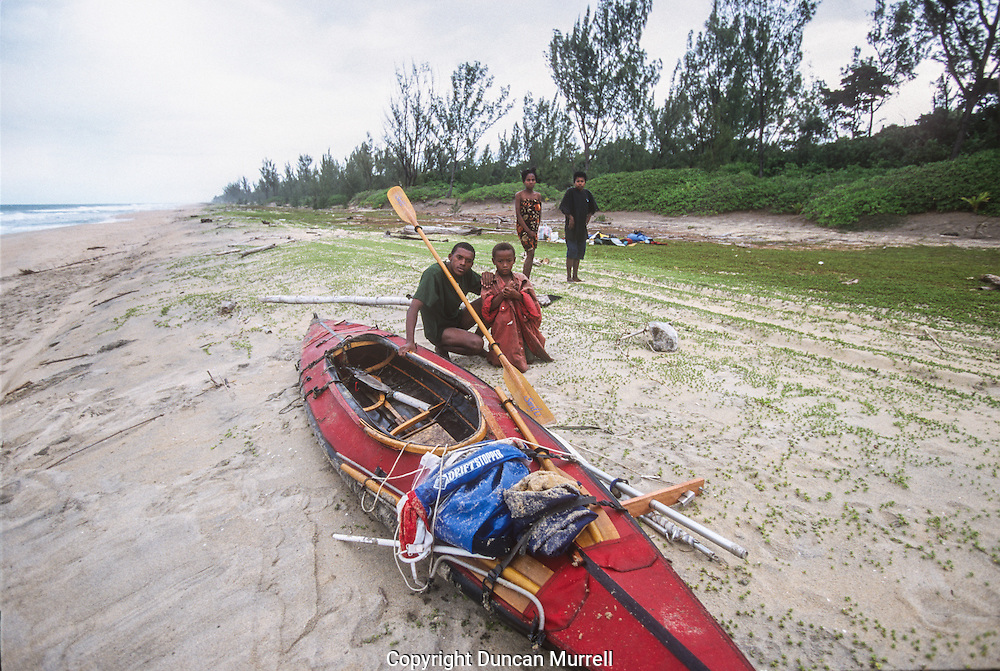