They originated in Asia and crossed into North America shortly before the Bering Land Bridge between Asia and America flooded about 11,000 years ago, and then dispersed throughout Beringia ( prehistoric Interior Alaska and northwest Canada). About 10,000 years ago an ice-free corridor opened up between the huge continental glaciers that covered Canada, allowing animals like moose, grizzly bears and bison to move south from Berangia to the Pacific Northwest into the continental United States.
Moose subsequently evolved into four North American subspecies (and other sub-species found in Scandinavia and Russia). Alaska is home to the world’s largest, Alces alces gigas, as well as a smaller sub-species, Alces alces andersoni. Gigas, also known as Alaska moose or tundra moose, is found in Alaska, the Yukon and northwest British Columbia; andersoni, or anderson’s moose, is found in Southeast Alaska, the eastern Yukon, and central B.C east to Michigan.
Impeded by mountain ranges, icefields and glaciers, moose did not colonize Southeast Alaska until the 20th century. They are far more recent arrivals than Sitka black-tailed deer and wolves, which moved up the coast from the south about 8,000 years ago as the glaciers melted and land was exposed. Moose from British Columbia accressed Southeast via the river corridors and arrived in the Taku River valley south of Juneau and the Stikine River basin near Petersburg about 1910.
I had a memorable encounter with a large herd of moose in Adam’s Inlet in Glacier Bay in the middle of winter. I was standing on the mudflats at low tide and set up my tripod to photograph the moose on the shore. Gradually they started to walk towards me until eventually I was surrounded by at least 20 moose who were more curious about me than afraid; apparently their protected status in the National Park had made them fearless of humans. 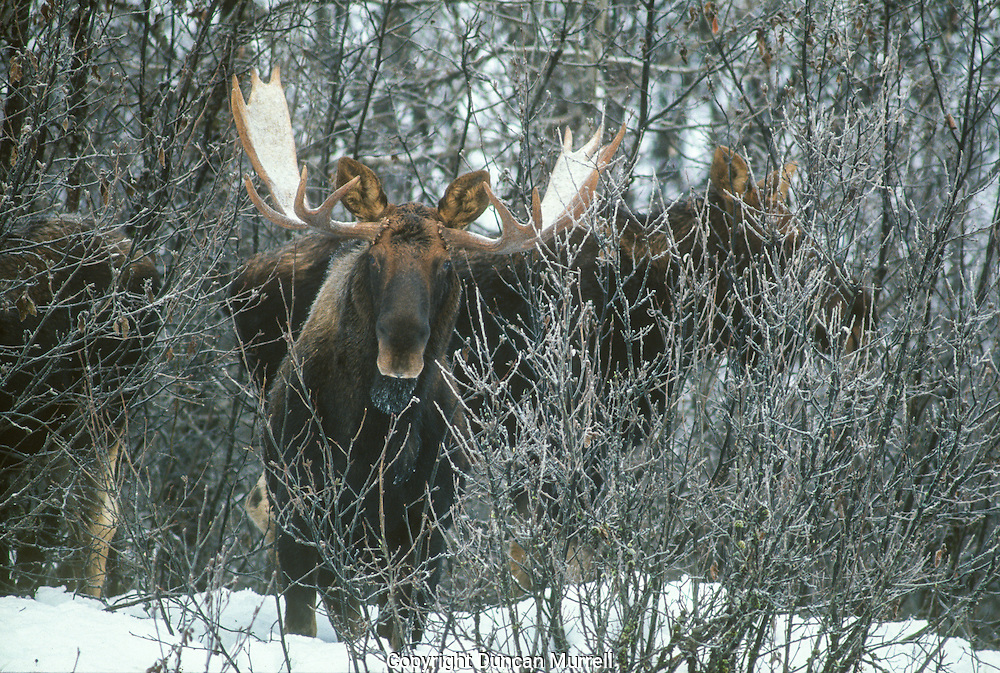