Humpback whales are the most acrobatic and extrovert whales on the surface, making them the ideal whale for whale watching, with the added bonus of their spectacular cooperative bubble net feeding behavior. They engage in a lot of breaching ( jumping) and lobtailing, which is when they raise their flukes out of the water and slap the surface repeatedly as this individual is doing. It creates a thunderclap noise that can be heard miles away. There are many possible reasons for this behavior including trying to dislodge barnacles and other parasites, communicating with other whales, herding prey and as a threat display to boats that approach too closely. It could also be just for recreation.
Photographs of the underside markings and colouration of the flukes can be used like a fingerprint to identify individual whales; they can be predominantly black or white with any variation in between, and cuts, scars and barnacle formations can also be used for identification. There are more predominantly white flukes in the southern hemisphere populations than in the north. 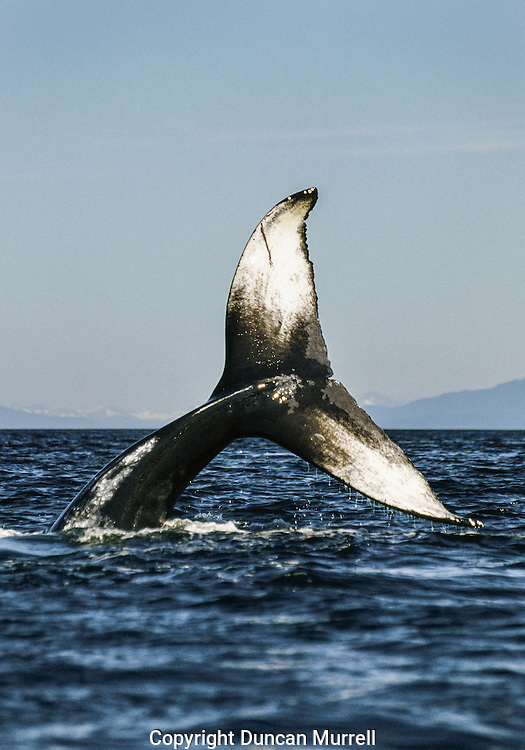