It was always good to have Fred Sharpe and his fellow whale researchers around in their Alaska Whale Foundation boat, “the Evolution”. We both had a lot of mutual respect for each other, and very importantly to me he shared the same respect for the whales, and always operated in a very non-intrusive manner. I was so used to being out there camping alone, but it was always nice to enjoy their company, and catch up on some jovial socializing and fine dining onboard his boat.
Dr. Fred Sharpe started studying the behaviour of humpback whales in Southeast Alaska from a small skiff around about the same time that I started photographing them from a kayak. While I became quite obsessed with photographing the incredible cooperative bubble net feeding strategy of the whales, Fred conducted ground-breaking research into that behaviour and established such things as the task specialisation of individual members within a feeding group, whereby the same whale blows the bubbles and the same one makes the piercing feeding call. he is now stationed at the Five Finger Lighthouse, armed with a wireless hydrophone that AWF hopes will allow them to record and broadcast live, the diverse vocalizations made by humpback whales in Southeast Alaska. 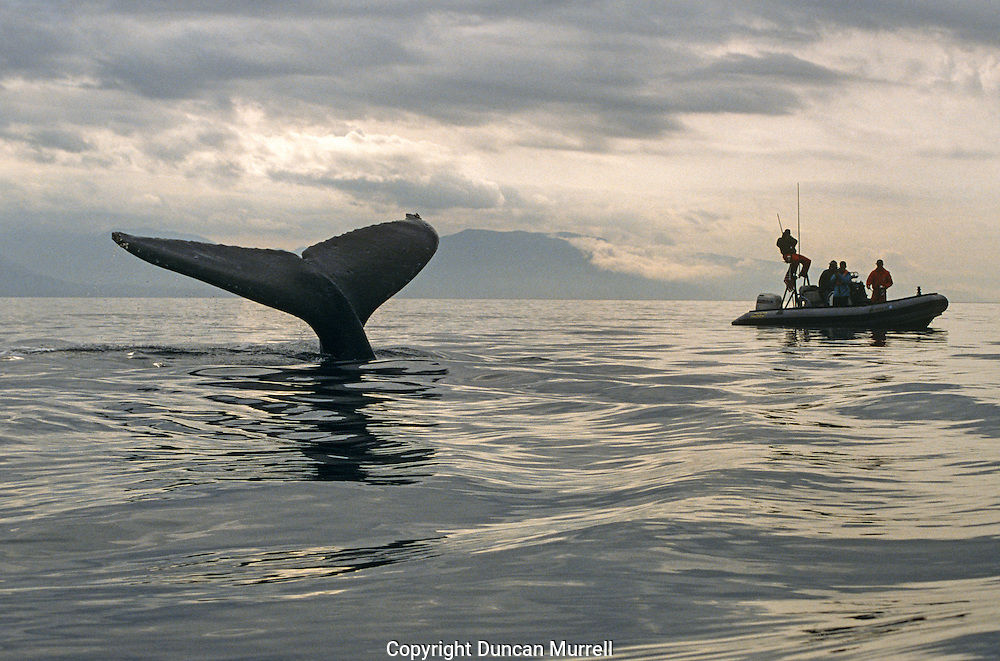