I was now camping near Kinloch Castle built by Sir George Bullough in 1900. His father, John Bullough, was a millionaire from Lancashire, who like many entrepreneurs at the time, especially in the north of England, made his fortune from the Industrial Revolution; In his case as a manufacturer of cotton machinery. After buying the island in 1888 he continued to use it as a sporting estate until his death in 1891, but when his son took over the island he used the fortune he inherited from his father to take it to the next level of upper class extravagance. To build the castle he had to import all of the raw materials to the island. The sandstone used for its construction was quarried in Dumfries and Galloway. At the time there were about 100 people employed on the estate who were paid extra to wear kilts to work on the extensive grounds that included a nine-hole golf-course, tennis and squash courts, heated turtle and alligator ponds, and an aviary including birds of paradise and humming birds. Soil for the grounds was imported from Ayrshire, and figs, peaches, grapes and nectarines were grown in greenhouses. The interior boasted an amazing “orchestrian” device that could simulate the sounds of brass, drum and woodwind, an air- conditioned billiards room, and also a Jacuzzi.
I was fascinated by the place and took advantage of a guided tour. I also ate in the small café at the back of the castle as well as taking a shower in one of the original bathrooms fitted with an innovative plumbing system. Sir George Bullough also used his wealth to travel around the world, and throughout the castle there are interesting artefacts that he collected on his travels, including his large collection of photographs, as he was also a keen photographer. The ballroom, that had a concealed balcony for an orchestra, was particularly atmospheric, and I could visualise the lavish parties that were held there for all of his high society guests from the upper class elite of the UK. 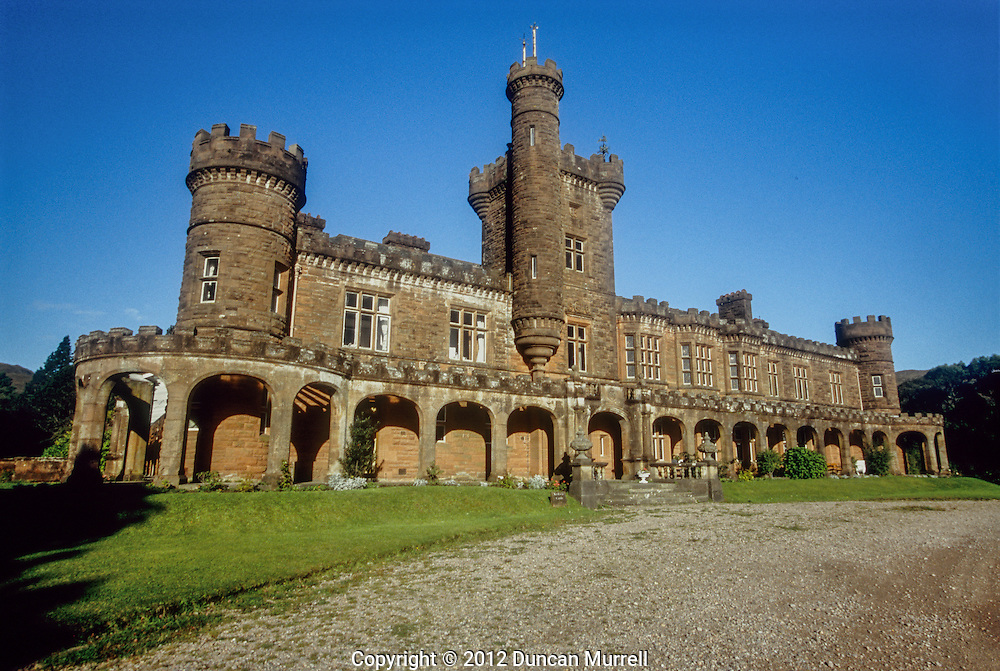