This photo was taken in my early days with Avalon and my Klepper kayak when the Seymour Canal was my regular haunt with the whales. As mammals, humpbacks must come to the surface to breathe. Typically, humpbacks dive for 5-10 minutes although they can hold their breath for much longer if necessary. Unlike land mammals who store the majority of air in their lungs, whales store less than 25% in the lungs with almost half of the oxygen contained in hemoglobin molecules. They also store oxygen in myoglobin molecules in the muscles. When a whale dives, their metabolism and heart rate decrease so that they use oxygen stores more slowly. At the same time blood is shunted away from the extremities. These adaptations allow them to breathe much less frequently than land mammals. They also have a higher tolerance for carbon dioxide (CO2). Their brains do not trigger a breathing response until the levels of CO2 are much higher than what humans can tolerate. 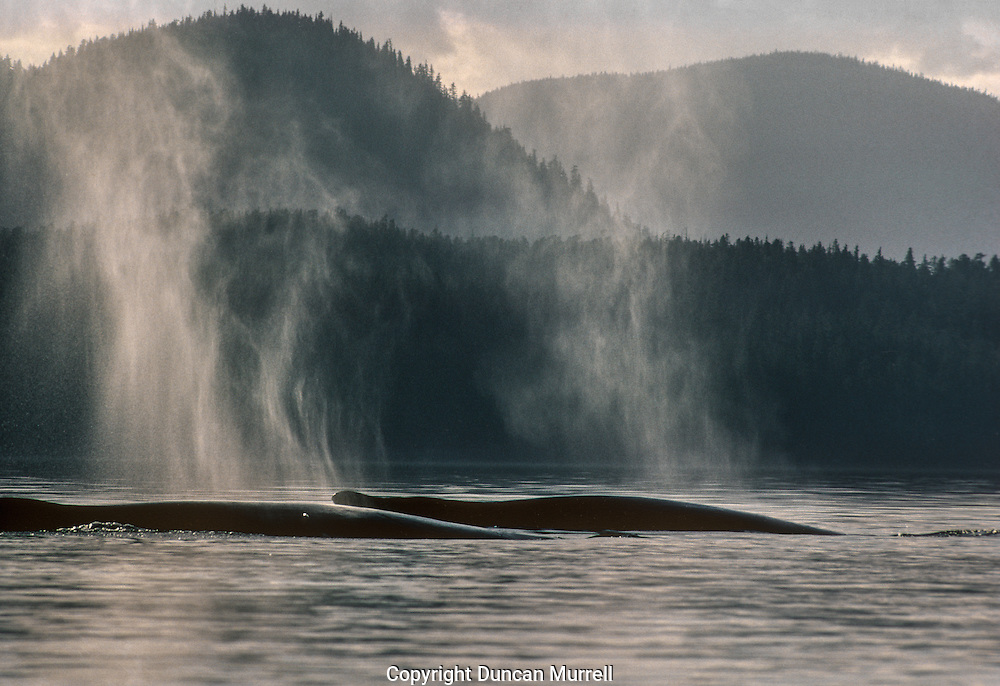