This was the "Famous Five" group of bubble netters that I became so familiar with around the Morris Reef at Point Hayes. I became familiar with all of their physical differences like the colouration and markings under their throats. The one on the left was the most distinctive with its pink throat and the circular scars where barnacles had dropped off; it was always one of the lead whales that lunged vertically. Humpback whales are usually identified by the distinctive colouration, markings and scars on the ventral side of the flukes. I could also identify them by the distinctive sound of each blow: some are more explosive: some more guttural: some sound like a ricochet: some are more like sneezes. 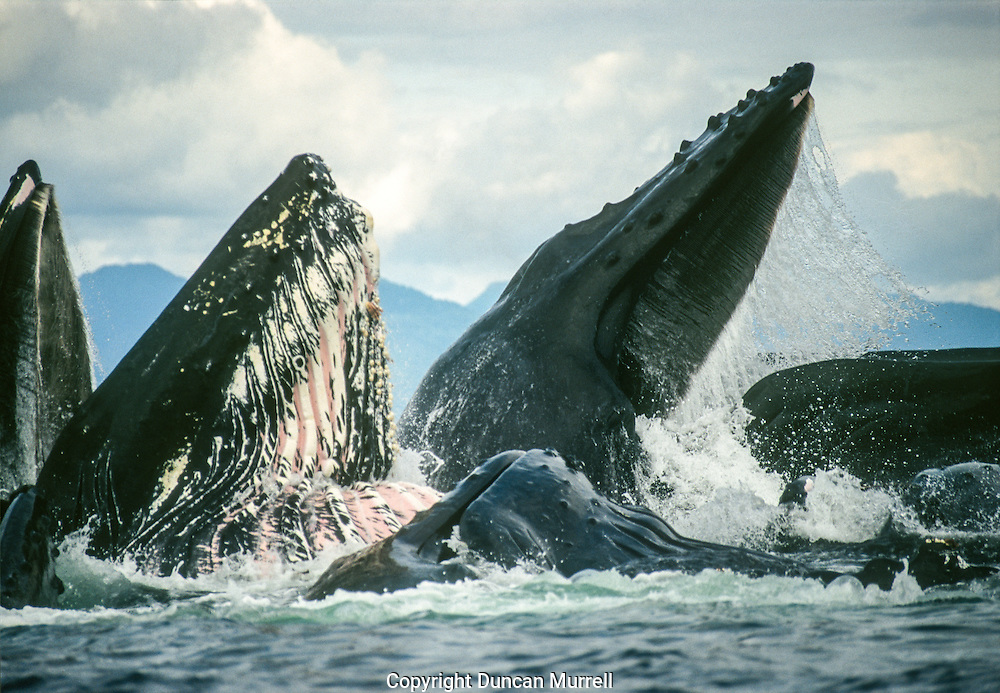