View to the northern end of the Isle of Lunga, Treshnish Isles, Inner Hebrides, Scotland

I was camped above a rocky cove at the southeast end of the island. Every day I walked around the small island as if I was the laird of my own little dominion. There was a small fairly well trodden trail that I had to be very vigilant on in places because of its proximity to precipitous drops. This photo was taken at the NW end of the island with a view of some of the offshore skerries. I became very familiar with every different aspect of the island, the birds and the plants. In the middle there was an open grass meadow leading up to a terraced outcrop of rock, which may be a volcanic plug as the islands are volcanic in origin. If I wasn’t sitting near a cliff watching the aerial display of the seabirds I was the king of my own little domain sitting on top of my throne surveying the distant ocean and islands. 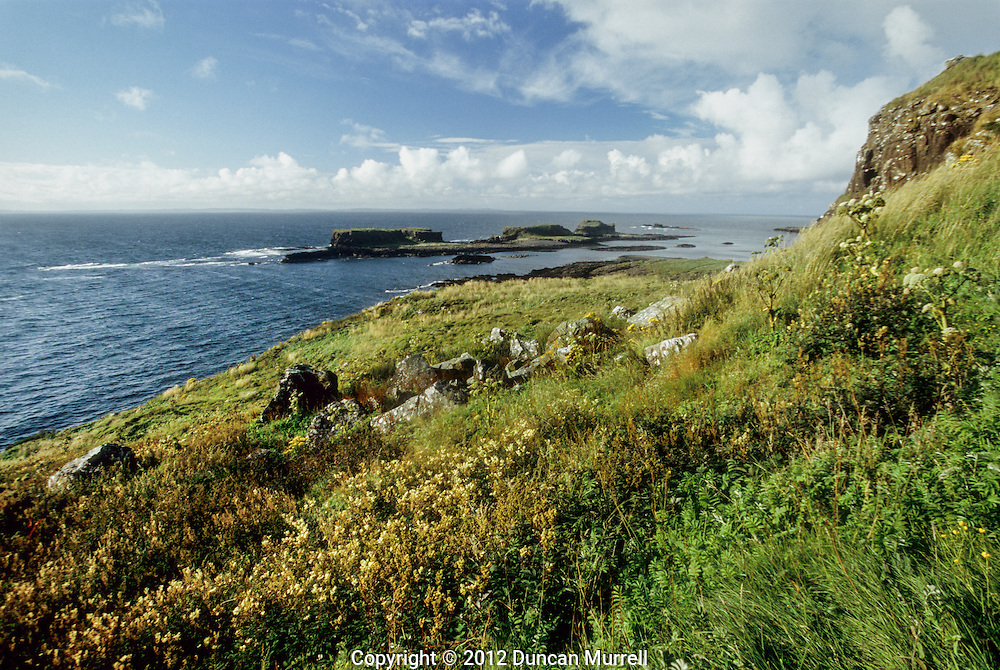