Ankarana National Park in north-west Madagascar is a spectacular eroded limestone fortress of sharp ridges, interspersed with patches of dense tropical rainforest, deciduous forest, gorges, deep caves and underground rivers. About 100 kilometres of cave passages have been mapped within the massif. It is a small, partially vegetated plateau composed of 150-million-year-old middle Jurassic limestone, with an average annual rainfall of about 2,000 mm that has led to the erosion that has created the classic “karst” topography, or locally known as “tsingy”.
Ankarana contains one of the highest densities of primates of any forest in the world. Its dense forests supports large populations of crowned lemurs and Sanford’s brown lemurs, in addition to Perrier’s sifaka, northern sportive lemurs, brown mouse lemurs, fork-marked lemurs, eastern wooly lemurs, western lesser bamboo lemurs and fat-tailed dwarf lemurs, and also ring-tailed mongoose, fossa, tenrecs and Madagascar striped civet. There are almost 100 bird species, 50 reptile, including some endemic and threatened snakes and geckos, and 10 species of frogs. Inside the huge labyrinth of caves there are 14 species of bats, along with local endemic blind shrimps and the world’s only cave-living crocodiles.
More than 350 plant species grow in the park; the luxuriant forests around the gorges are always green and are the richest in numbers of species. 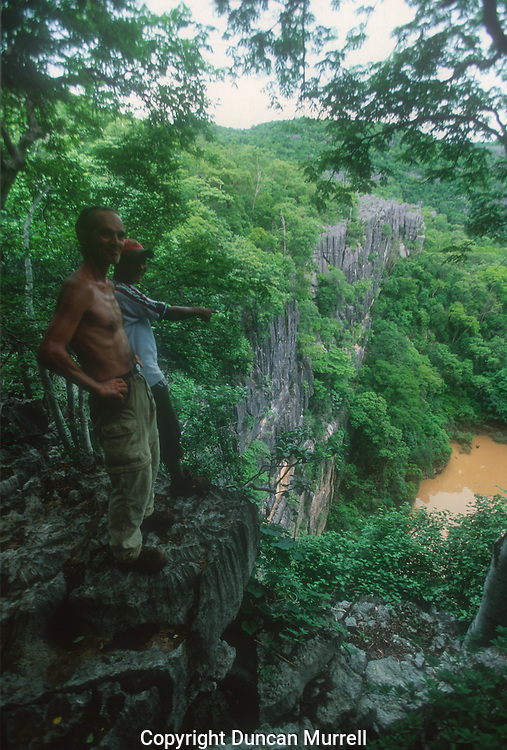