I bought my Klepper Aerius 1 folding kayak from a couple in Petersburg who were retired schoolteachers. Carolyn and Jay Pritchett were wonderful people who were passionate about the great outdoors, and every summer they conducted kayaking trips up in the Alaskan Arctic. This kayak was Carolyn's kayak and it was a veteran of several trips up to the Arctic. Klepper folding kayaks have been manufactured since 1907, and have been used on many expeditions such as the Germany-India expedition 1923 by Karl Schott, the North Pole expedition 1926 by Roald Amundson, the First Atlantic Crossing in 1928 by Captian Romer, the Atlantic Crossing in 1955 by Dr. Lindemann, the expedition to the magnetic Northpol 1985 by Arved Fuchs and the Circumnavigation of Cape Horne 1989 by Howard Rice. They have a wooden frame, canvas deck and hypalon hull, making them relatively easy to repair. Eventually the deck had so many canvas patches that it looked like a pair of my old jeans. It was badly damaged when it was swept off the deck of my boat in a storm, and I had to completely rebuild the stern, but unfortunately my challenging repair job was completely undone when a brown bear found my kayak and completely destroyed the stern again! 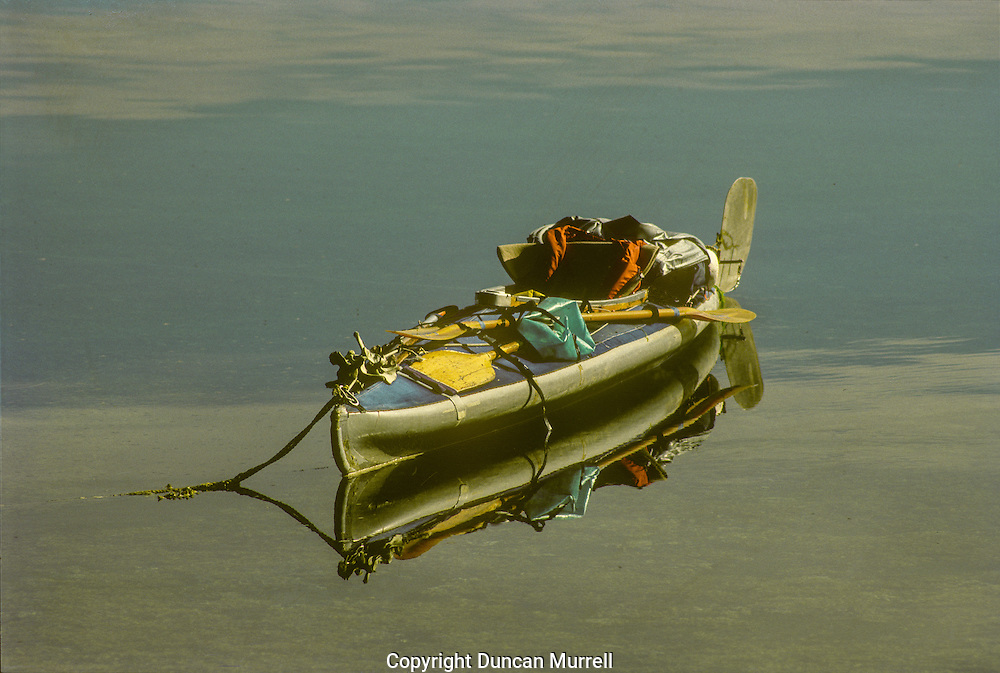