Chicken of the Woods or sulfur shelf (Laetiporus sulphureus) shelf fungus growing on decaying tree in temperate rain forest, Southeast Alaska, USA.Striking even from a distance, this mushroom usually grows in large clusters of overlapping bright orange and yellow shelves on conifers. Shelves can exceed 12 inches in width, and a cluster can extend over several feet. When fresh, the fruitbodies are soft and somewhat fleshy to fibrous, but later they become tougher, and, eventually, fade and become soft and crumbly. Shelf margins are rounded and plump when young, becoming wavy and lobed with age. The pores are bright yellow when fresh and fade in age. Considered choice by many, but usually only the soft young outer portions of the shelf are worth eating.
This fungi was one of my regular wild foods that I foraged for to supplement the food I carried with me. It was also one of my favourites because it is so tasty and versatile for cooking. As a lifelong vegetarian it was like a meat substitute for me because it has a meaty texture like chicken, and a similar flavour. It's difficult to overcook and it absorbs flavours; I particularly enjoyed cooking it in pasta sauces with plenty of herbs. It is an ideal wild food for many reasons, including that it's bright orange colour makes it easy to locate in the forest and it has low perishability so I could carry it with me inside my kayak with my other less-perishable vegetables. The other fungus I commonly foraged for was Pacific Golden Chanterelle (Cantharellus formosus), but that is much more perishable. 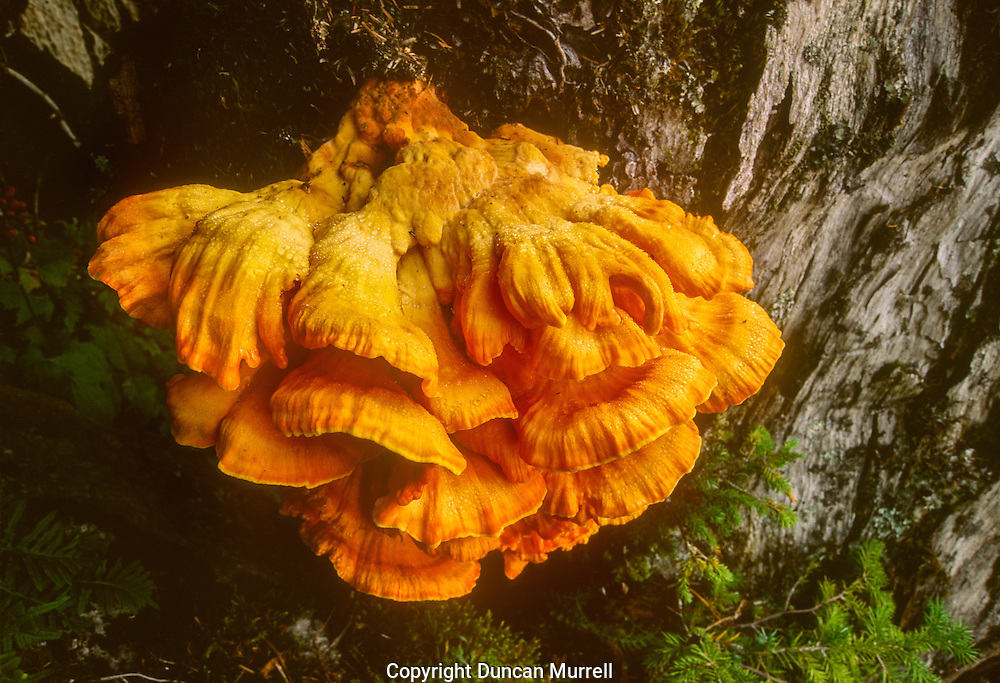