Muskeg is an acidic soil type common in Arctic and boreal areas, although it is found in other northern climates as well. Muskeg is approximately synonymous with bogland, but "muskeg" is the standard term in Western Canada and Alaska, while 'bog' is common elsewhere. The term became common in these areas because it is of Cree origin; maskek meaning low-lying marsh.
Muskeg consists of dead plants in various states of decomposition (as peat), ranging from fairly intact sphagnum moss, to sedge peat, to highly decomposed humus. Pieces of wood can make up five to 15 percent of the peat soil. Muskeg tends to have a water table near the surface. The sphagnum moss forming it can hold 15 to 30 times its own weight in water, allowing the spongy wet muskeg to form on sloping ground.Muskeg forms because permafrost, clay or bedrock prevents water drainage. The water from rain and snow collects, forming permanently waterlogged vegetation and stagnant pools. Muskeg is wet, acidic, and relatively infertile, which prevents large trees from growing, although stunted lodgepole pine, cottonwood, some species of willow, and Black Spruce are typically found in these habitats. It needs two conditions to develop: abundant rain and cool summers. A dead plant that falls on dry soil is normally attacked by bacteria and fungi and quickly rots. If the same plant lands in water or on saturated soil, it decomposes differently. Less oxygen is available under water, so aerobic bacteria and fungi fail to colonize the submerged debris effectively. In addition, cool temperatures retard bacterial and fungal growth. This causes slow decomposition, and thus the plant debris gradually accumulates to form peat and eventually muskeg. Depending on the underlying topography of the land, muskeg can reach depths greater than 30 metres (100 ft). 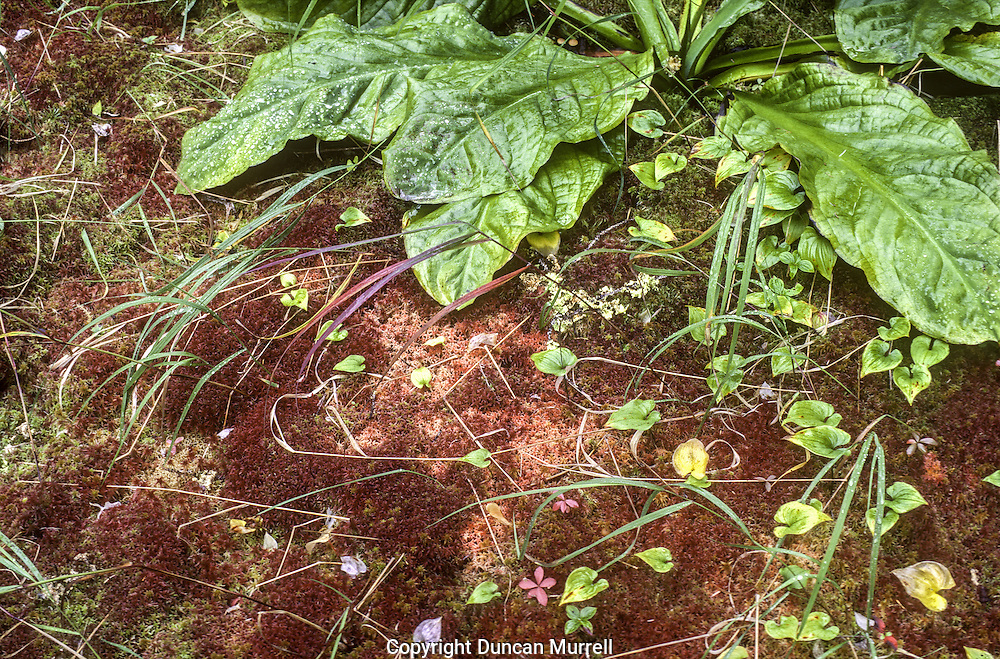