This was one of the most incredible experiences of my life. It was a beautiful day that started well when I encountered a group of playful sea lions. They were inquisitive as always and hung around for quite a while. Most of them eventually swam away but one very inquisitive big bull remained with me for a while. It circled me and dived down beneath my kayak so that it could look up at me: then suddenly it erupted out of the sea right in front of the bow of my kayak, and there was the sudden jolt of eye-contact with his big bulging wild eyes that penetrated deep within my primal being. He then swam away and I continued paddling out to the middle of Seymour Canal. Then suddenly I heard a commotion in the distance, and when my eyes homed in on the source I saw the tell-tale dorsal fins of orcas, and then to my dismay I saw my friend on the surface near them: he was being attacked! I frantically paddled out towards the developing melee and wondered what I should do, and even contemplated trying to rescue him. But of course nature had to run its course, and I had to be grateful that I had a ringside seat for such a dramatic wild spectacle, as the orcas continued to ram the sea lion at high speed: I could see an orca cutting a confused furrow of water before colliding with its quarry in a big explosion of spray. The sea lion then reappeared at the surface gasping for breath, which tugged at my heart strings so much that I wanted to intervene, but there was a hungry family of predators that had to eat. Eventually it failed to resurface and it was all over...... but it wasn't because a pod of humpbacks happened to stumble onto the killing stage and they too were attacked by the orcas. I paddled right alongside the conflict and observed the whales rolling onto their sides and flailing their flippers to try to thwart their attackers. The orcas eventually gave up and disappeared along with the whales leaving me all alone highly charged and shaking with adrenaline. 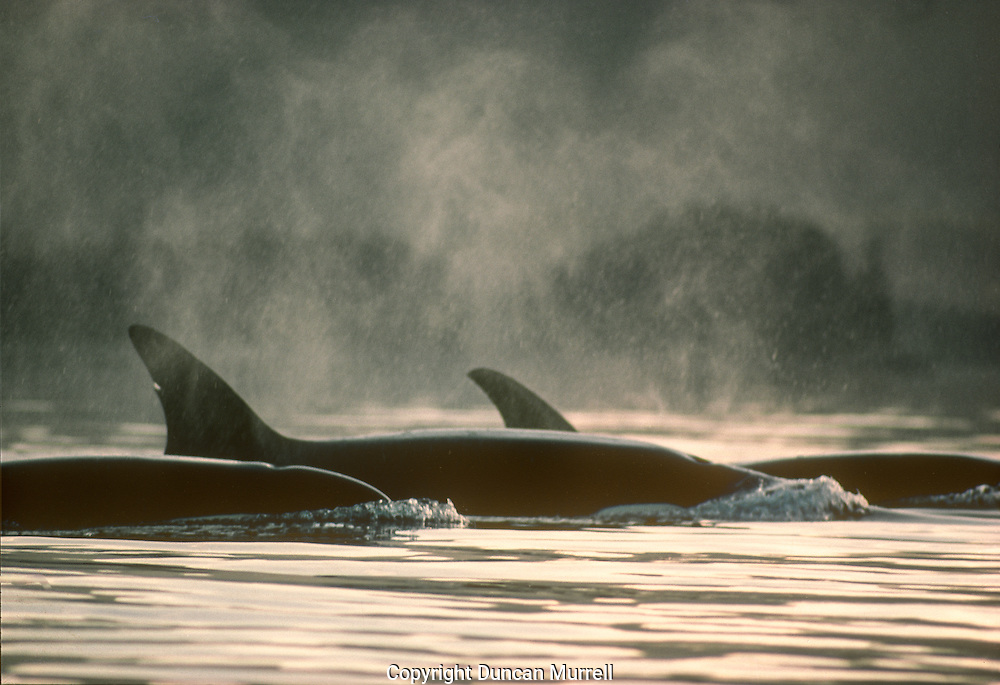