Observing sea lions at close quarters at their haul-outs was like going to a circus, because there always so much going on to entertain and amuse. They are such noisy and smelly places, and sometimes I had to crawl through the foul, stagnant rockpools to get amongst them, but it was always worth it. There was often sparring going on between the big bulls, which involved a lot of heaving and wheezing, and roaring. If they weren't sparring then they would be posturing in a high and mighty fashion with their heads thrown back and their chests puffed out. Younger bulls appeared to congregate in gangs like delinquents hell-bent on mischief, usually directed at the less mobile larger bulls. One of the funniest incidents I have ever seen in the animal kingdom was when there was a big bull teetering on a narrow ledge on a rock-face about 2 metres above the sea. Beneath him there were some mischievous juveniles that were leaping up at him out of the water to nip him on his exposed posterior that he was unable to protect because of his precarious situation. He was getting understandably very irritated, and eventually fell off the narrow ledge into the sea making a big splash: it was hilarious! I also enjoyed watching the juveniles playing in the tidal surges that swept them back and forth along channels between the rocks. Sometimes when I was paddling in big swells with waves crashing onto the rocks I marvelled at how the sea lions revelled in the opportunity to play close to the rocks in sea conditions that were threatening to me. 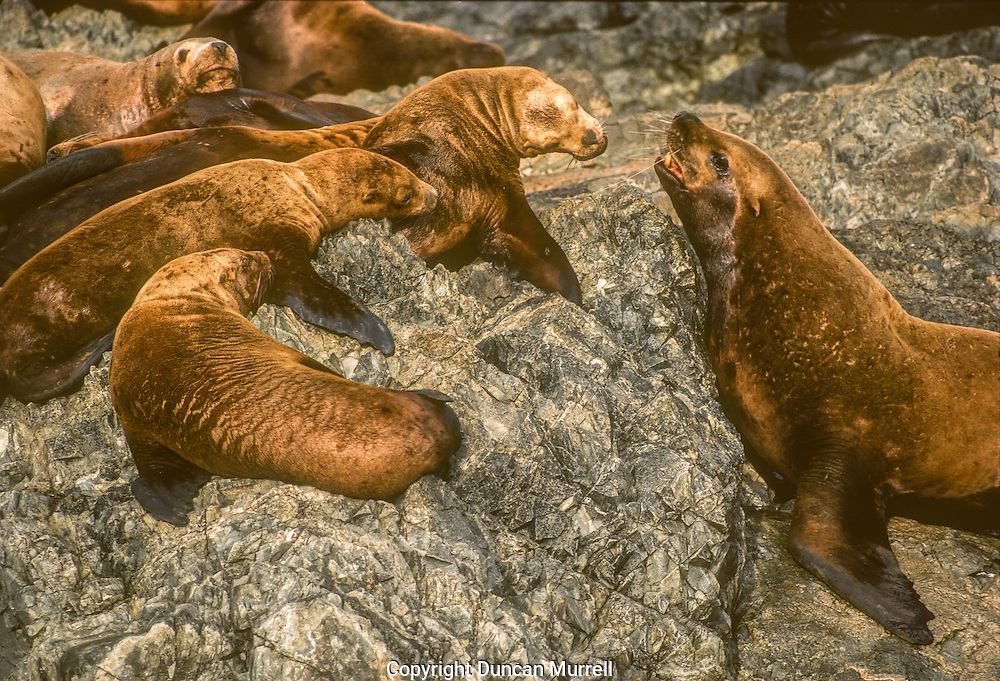