This was the photo that won the Mammal Behavior Category in the BBC Wildlife Photographer of the Year Competition in 2002. It wasn’t until after I attended the award ceremony at the Natural History Museum that I discovered that many of the judges were unhappy that it wasn’t awarded the title of the overall winner of the competition, and I subsequently discovered that that was the general public consensus as well. It was unfortunate that the controversy that surrounded the overall winner that year soured such a proud moment in my photographic career. I was contacted a few years later by the new head of the judging panel, Mark Carwardine, to ask for any guidelines for submitting a winning photo, because he felt that my photo was the best entry that year. C’est la vie !
But the moment that can never be diminished or tainted was the moment that I captured the image. I was photographing a bubble net feeding group very near the community of Tenakee Springs, which can be seen to the left of the whale. They came up behind me and I can clearly remember zooming my lens back so that I could fit the entire throat of the whale into the photo, and fortunately I was just able to do that or else it might not have been a perfect award-winning photo. 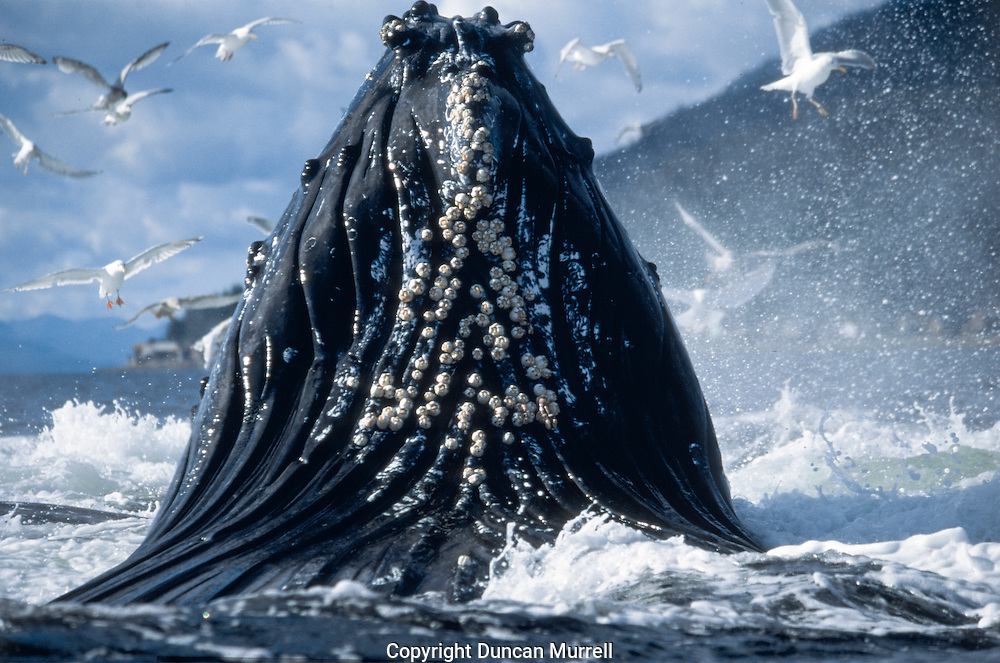