View from the Isle of Fladda in the Treshnish Isles towards the Isle of Mull and the Scottish mainland, the Inner Hebrides, Scotland

From Lunga I had to return to Mull and get more provisions in Tobermory before continuing on to the Small Isles – Muck, Eigg, Rum and Canna via Ardnemurchan, the westernmost point on mainland UK. This is a view back towards the mainland and Mull from Fladda, one of the other islands in the Treshnish Isles on the way back to Mull. The other islands and skerries at the south end of the archipelago are Cairn Na Burgh Mor and Cairn na Burgh Beag. I paddled above a lot of seaweed to the south of Lunga and the current was very strong. It was evidently another good area for basking sharks to feed because I encountered two more, but wasn’t able to remain with them for very long. The swells were getting bigger and by the time I reached Treshnish Point on Mull and entered the bay on the other side I knew that it was going to be really hard work, and that I had to really stay focussed to stay in control because the combination of the strong south-westerly wind, strong currents and confused waves was swinging me every which way. The conditions were very similar and just as challenging as when I had to fight to get to Arinagour on Coll. I was very relieved to reach the other side and round Callach Point to find calmer sea conditions. From there it was a much easier paddle to gat back to my campsite in Ardmore Bay at the northern point of Mull. 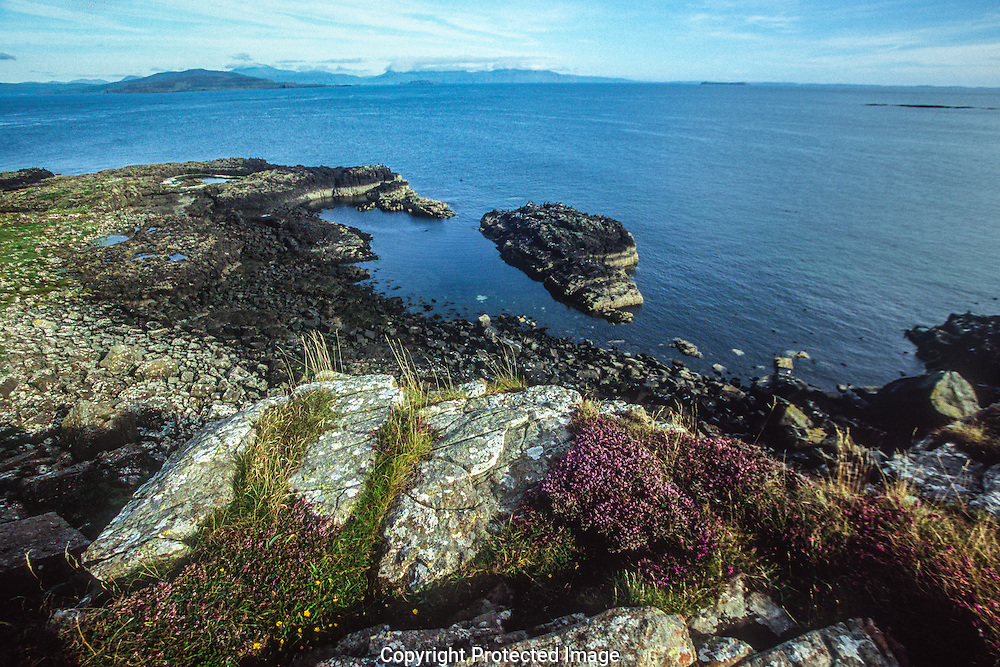