It is a deciduous shrub growing to 4-metre (13 ft) tall with bright green shoots with an angular cross-section. The flowers are small bell-shaped yellow-white to pinkish-white with pink. The fruit is an edible red to orange berry. It can produce prodigious quantities of fruit when it gets enough sun. It grows as an understory plant, thriving on decaying woody material in the soil. Often you’ll see them growing out of the top of rotting stumps, feeding on the remnants of old timber. The bushes will tolerate rather deep shade, but under those conditions they tend to be somewhat spindly and don’t produce much fruit. This was my favourite berry to make into a sauce to have with my multi-grain pancakes nearly every morning to fuel me up for a long hard day kayaking with the whales. It has a very distinctive tart taste that makes excellent jam and jelly. They weren't as widely available as blueberries so I always tried to remember where the best patches were located, and this was the best patch near one of my regular campsites at Point Hayes in Chatham Strait. Indigenous peoples of North America found the plant and its fruit very useful.The bright red, acidic berries were used extensively for food throughout the year. Fresh berries were eaten in large quantities, or used for fish bait because of the slight resemblance to salmon eggs. Berries were also dried for later use. Dried berries were stewed and made into sauces, or mixed with salmon roe and oil to eat at winter feasts. 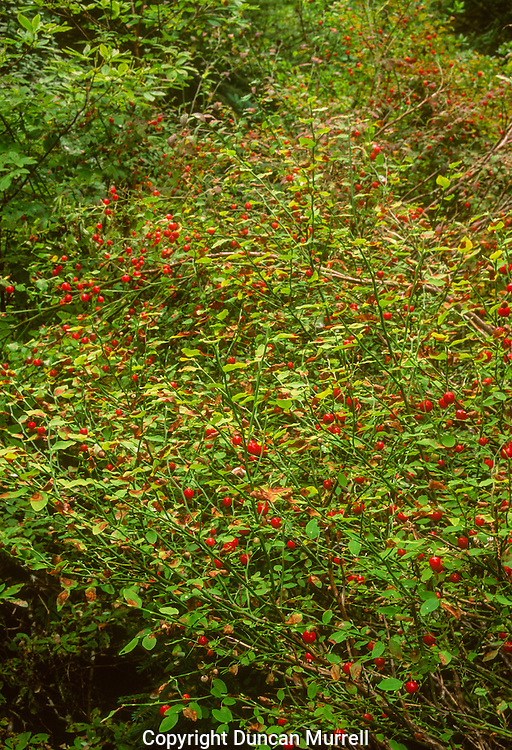