In Alaska, single pups are born between May and mid-July. Young pups are able to swim almost immediately after birth. They normally remain with their mothers about one month, after which they are weaned and separate from their mother. At that time over half their body weight may consist of fat, providing them a head start on self-sufficiency.While harbor seals will often voluntarily swim close to humans on beaches or in small boats, seals resting on land or ice are wary of people and will rush into the water if approached too closely. If disturbed too often, seals have been known to abandon favorite haul-out sites or their pups. I was able to approach this sleeping seal pup close enough to touch it. They are usually much more alert than sea lions because there is less distracting noise and commotion. I have always been extremely careful not to disturb any of the animals that I have stalked. 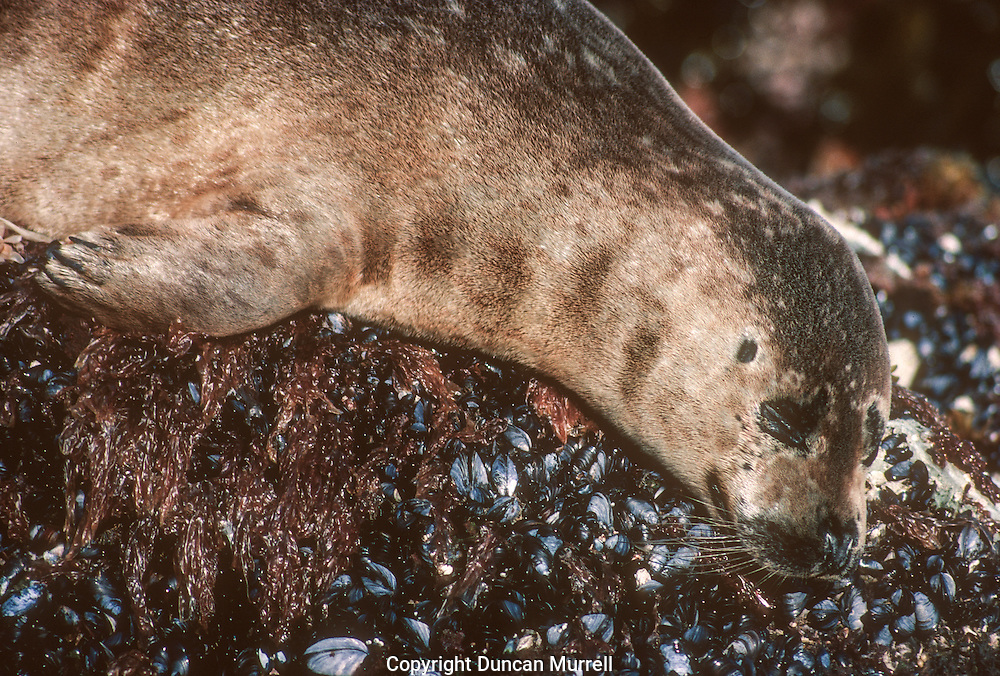