Harbor seals show variable movement patterns depending on their sex and age class, with some exhibiting considerable localized travel but noseasonalpatterns,whileothersshowmoreextendedmovements,particularlyduringthewinter. Seasonaluseofglacialfjords,wheremanyfemalesaggregateto give birth on icebergs in the summer, is common. Satellite tagging studies have shown that pups may range up to 232 miles (374 km) from their birth site, although most movements are less than 62 miles (100km) away. Juvenile seals can make more extensive movements of up to 186-310 miles (300-500 km) away from their tagging location; however, most remain within 100km. Adult seals typically make shorter movements and on average are within 37 miles (60km) of their tagging site. More recent tagging of seals that occupy glacial fiords has revealed movements of seals from one glacial fiord to another as well as one extensive movement of a juvenile female seal from Glacier Bay in southeastern Alaska to Prince William Sound, an estimated straight-line distance of ~ 520 miles (830 km). As more seals are being satellite-tagged, much more information is becoming available about winter and summer movements. 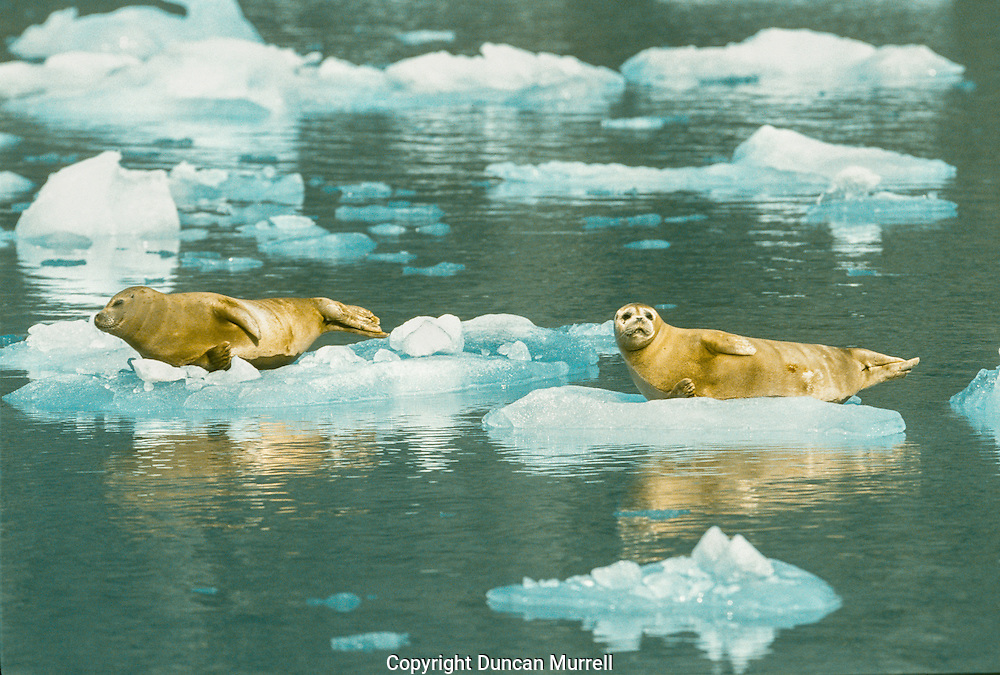