Reproductively mature male sea lions aggregate on traditional rookeries in May, usually on beaches on isolated islands. A week or so later, adult females arrive, accompanied occasionally by sexually immature offspring, and form fluid aggregations throughout the rookery. Steller sea lions are polygamous but they do not coerce individual females into harems but control spatial territories among which females freely move about. Pregnant females give birth soon after arriving on a rookery, and copulation generally occurs one to two weeks after giving birth, but the fertilized egg does not become implanted in the uterus until the autumn. After about a week of nursing, females start taking increasingly longer foraging trips, leaving the pups behind until in late summer when they both leave the rookery. Males fast until August, often without returning to the water, after which time the rookeries break up and most animals leave for the open seas and disperse throughout their range.
Steller sea lions are predated upon by orcas and I actually witnessed the death of one bull that had become quite attached to me. It had been showing so much interest in me and it even raised its head out of the water right in front of me to have a good look with its bulging eyes. A short while later I heard a commotion in the distance and saw that a pod of transient orcas had arrived on the scene and were systematically charging the sea lion and thrashing it with their flukes. It was a difficult event to witness, especially whenever the big bull re-appeared on the surface gasping for breath. It took the orcas about 15 minutes to finally kill it and not long after that they were attacking some humpback whales that had strayed onto the scene. It was an exhilarating experience to be paddling my kayak so close to a pod of orcas engaged in a hunt, but they showed no interest in me. It was one of those occasions when I wished that I’d had someone else with me to witness such an amazing spectacle. 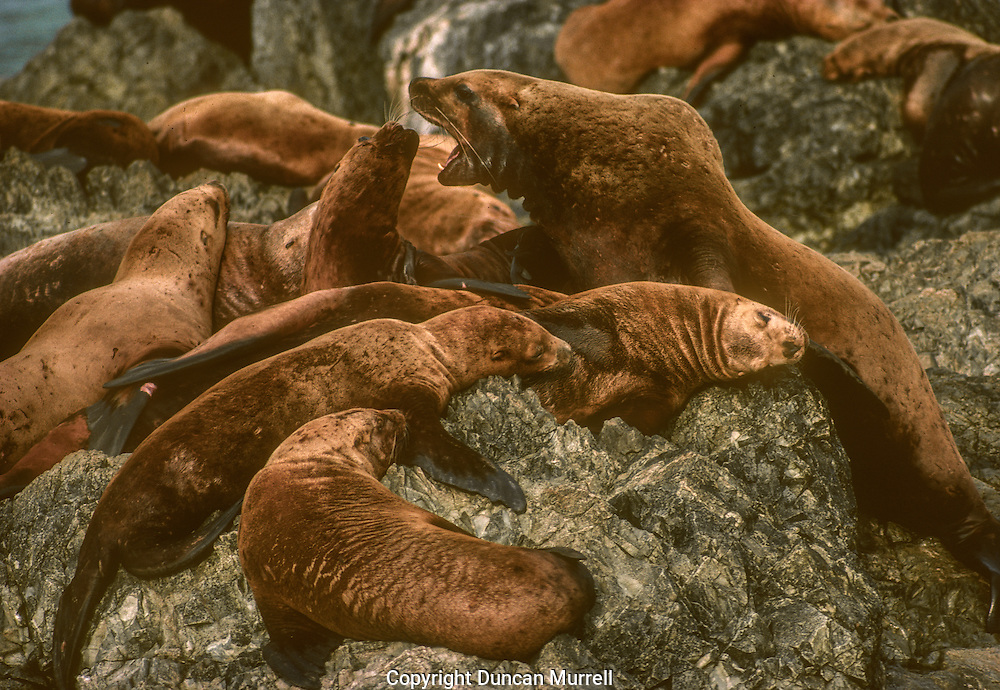