Inside the protective barrier of the islands and coral reefs there was a beautiful tranquil lagoon. Beyond the tranquillity the Indian Ocean was still hurling waves and creating explosions of spray. I wanted to investigate the biggest breaks on a huge outcrop of bare rock on the outer side of the islands. I clambered up on to the rock and watched the massive swells that had travelled thousands of miles across some of the most tempestuous seas on the planet colliding with a boulder the size of a house. It was an awesome spectacle of the power of the ocean. I took some dramatic photographs but wanted to capture the perfectly timed moment of maximum impact. I dashed out onto the rock to a position that I thought was out of reach of the waves and quickly retreated to avoid the spray. They seemed to be consistently hitting a maximum height but all of a sudden a monster wave crept in unnoticed from a slightly different angle and hit me from the side. I spun around to face it and was engulfed in a surging mass of energised water; it felt like being hit by a car! I was swept off my feet and desperately tried to arrest my slide towards the foaming cauldron below, and to protect my camera. I just managed to save myself from what could have been a desperate plight if I had been swept into the sea. I felt pain, and the first thing that I noticed was that my arm was badly scraped; then I could see that I was standing in a pool of blood. I lifted my foot up and winced at the sight of a huge gash; it was very painful and I couldn’t stand on it. The infected sores on my shins and feet were still causing me some discomfort, especially at night. I wasn’t looking forward to going to bed that night because I wasn’t expecting to be able to find any comfortable positions. When I hobbled back to camp I cleaned and dried my camera and lens, but that camera body and my essential wide-angle zoom lens were now out of commission. 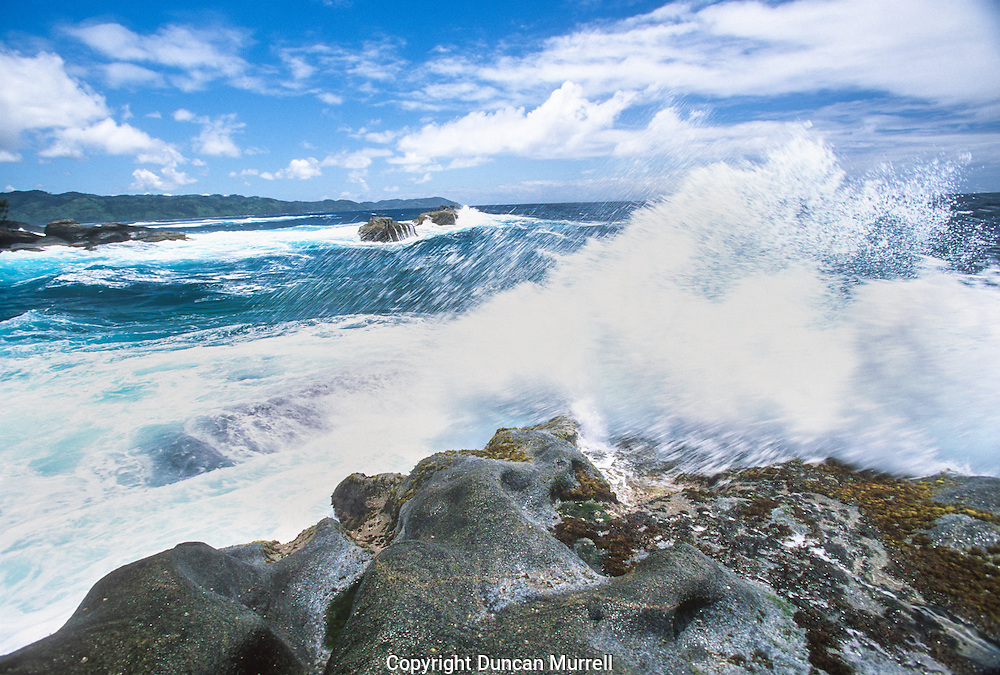