Steller sea lions forage near shore and pelagic waters.They are also capable of traveling long distances in a season and can dive to approximately 1300 feet (400 m) in depth. They use land habitat as haul-out sites for periods of rest, molting, and as rookeries for mating and pupping during the breeding season. At sea, they are seen alone or in small groups, but may gather in large "rafts" at the surface near rookeries and haul outs. They are capable of powerful vocalizations that are accompanied by a vertical head bobbing motion by males.
Steller sea lions are opportunistic predators, foraging and feeding primarily at night on a wide variety of fishes (e.g., capelin, cod, herring, mackerel, pollock, rockfish, salmon, sand lance, etc.), bivalves, cephalopods (e.g., squid and octopus) and gastropods. Their diet may vary seasonally depending on the abundance and distribution of prey. They may disperse and range far distances to find prey, but are not known to migrate.
Steller sea lions are colonial breeders. Adult males, also known as bulls, establish and defend territories on rookeries to mate with females. Bulls become sexually mature between 3 and 8 years of age, but typically are not large enough to hold territory successfully until 9 or 10 years old. Mature males may go without eating for 1-2 months while they are aggressively defending their territory. Males may live up to 20 years and females to 30 years. Females start breeding at 3-7 years and spend the next two decades either pregnant or lactating. Females are bred in June, but the fertilized egg does not implant until October. Single pups are born the following June, with birthdates at southern rookeries earlier than births at northern rookeries. Twins are rare. Pups suckle from 1 to 3 years, with most apparently weaning after their first winter. 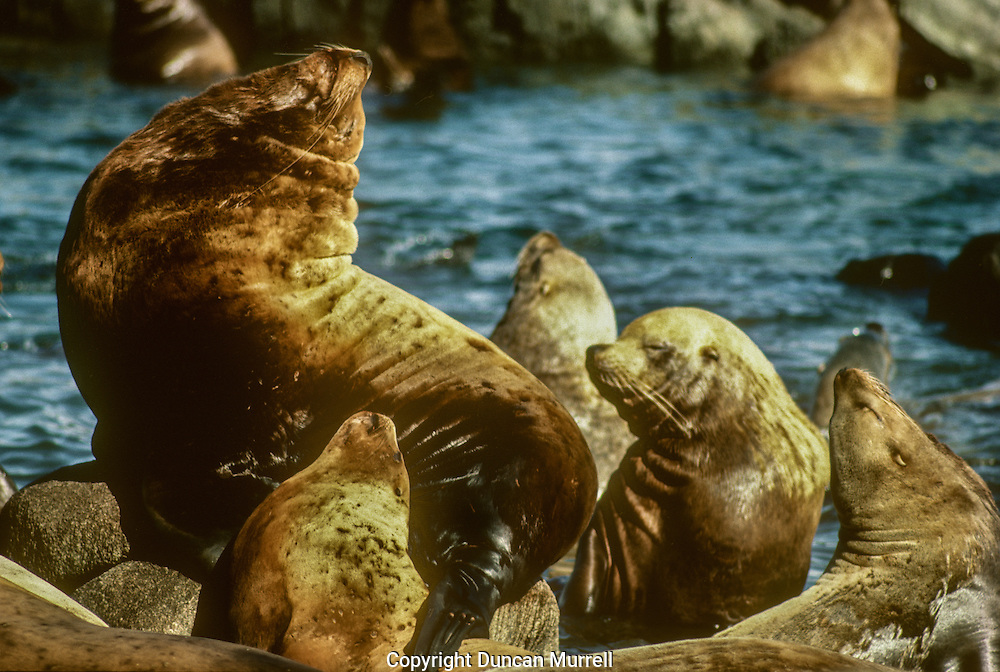