Dancers performing in the Balayong Festival street dancing competition. The festival at the beginning of March commemorates the founding anniversary of the City of Puerto Princesa, Palawan, highlighted by balayong tree-planting, street dancing and a colourful floral parade depicting the Palawan Cherry Blossoms from which the festival derives its name. The Palawan cherry is one of the most popular flowering trees in Palawan and known by the locals as the Balayong, a beautiful tree that when it is in full bloom resembles the cherry blossoms of Japan. 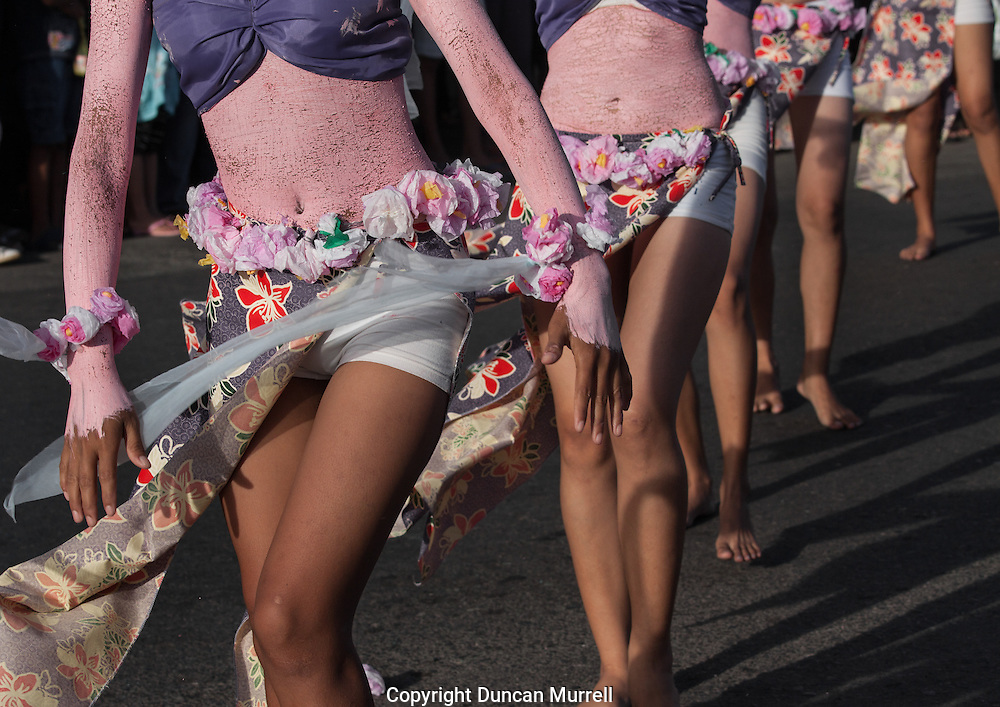