The view north from Nosy Atafana Marine Park along the coast of Mananara National Park, east coast of Madagascar.

After leaving Antanambe I faced a 15 mile paddle across a stretch of unprotected ocean, with the biggest ocean swells that I had encountered. The waves generated by the steadily increasing wind were really daunting, especially as sometimes they seemed to be coming from two different directions. My kayak is very stable, but the deck was leaking quite a lot, so I had to keep stopping to pump the water out, and at the same time stop the kayak from being swung around broadside to the oncoming waves, which would have risked getting swamped and capsizing. Unfortunately the prevailing wind was from the SE, and because of my required course to get to the islands the waves were approaching too close to my beam.
To counter this I had to keep tacking and trying to head to the east of the outer island to compensate for any drift. I also had to avoid running directly with the waves because they were so big that they would have washed over my stern or slewed me broadside to the wave, and an inevitable capsize! I had to maintain my concentration to keep the waves on the quarter. As I got closer to the islands I could see the massive breakers smashing onto the rocks; it was one of the most unnerving situations that I have ever been in. I was level with the closest island in the group and rather than trying to run with the waves I decided to go in reverse. The safest angle for any boat to handle big seas is to head into the swells and ride up over them; you offer the least resistance and can maintain the best possible control of your craft. I was allowing the oncoming waves to drive me backwards to where I wanted to go. My heart raced every time a monster wave bore down on me and I rode up and over it. It took a long time but I had no choice. When I was close enough, I could see a break in the coral reef protecting the islands, and I turned my stern into the waves, and surfed towards safety whilst glancing over my shoulder to brace my kayak with my paddle for each surging wave. 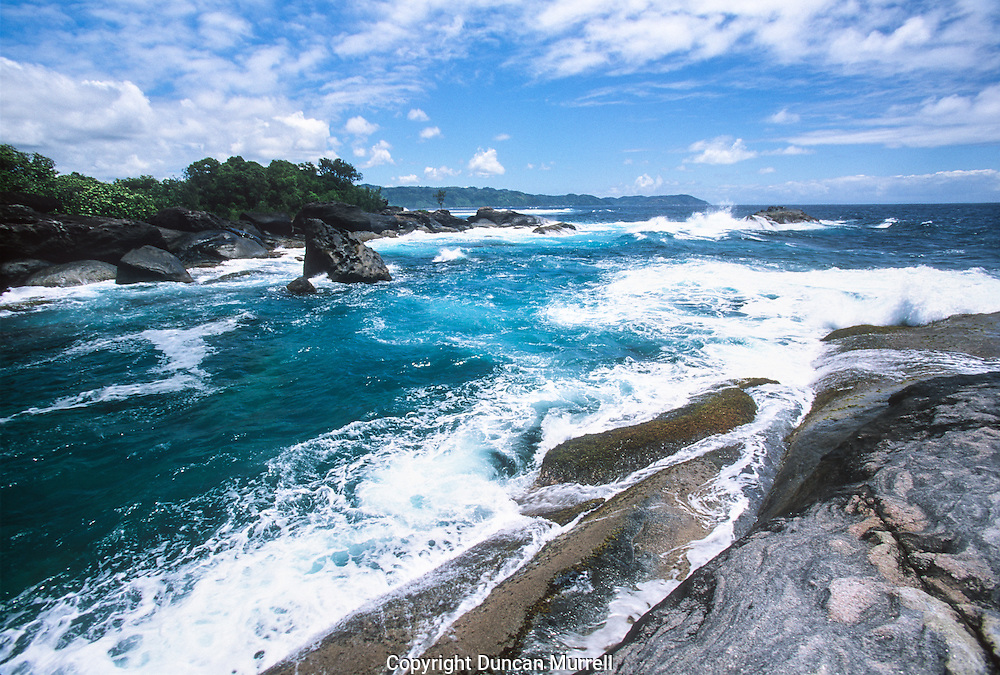