Large moray eel preying on squid on a beach on Isla Coronados, near Loreto, the Baja Peninsula and Sea of Cortez, Mexico.

This was one of the most amazing things that I witnessed on the trip. I was on a beach where large numbers of squid were beaching themselves after mating ? Once they were stranded they started flushing red rapidly back and forth along their bodies, presumably as a sign of agitation. Then I saw several large moray eels wriggling through the shallow water following them right up to the water’s edge and then to my amazement I watched them engulf and swallow the squid whole in the blinking of the eye. I could see why the moray eel has such a large head with wrinkled skin to allow it to swallow large prey whole rather like a snake. 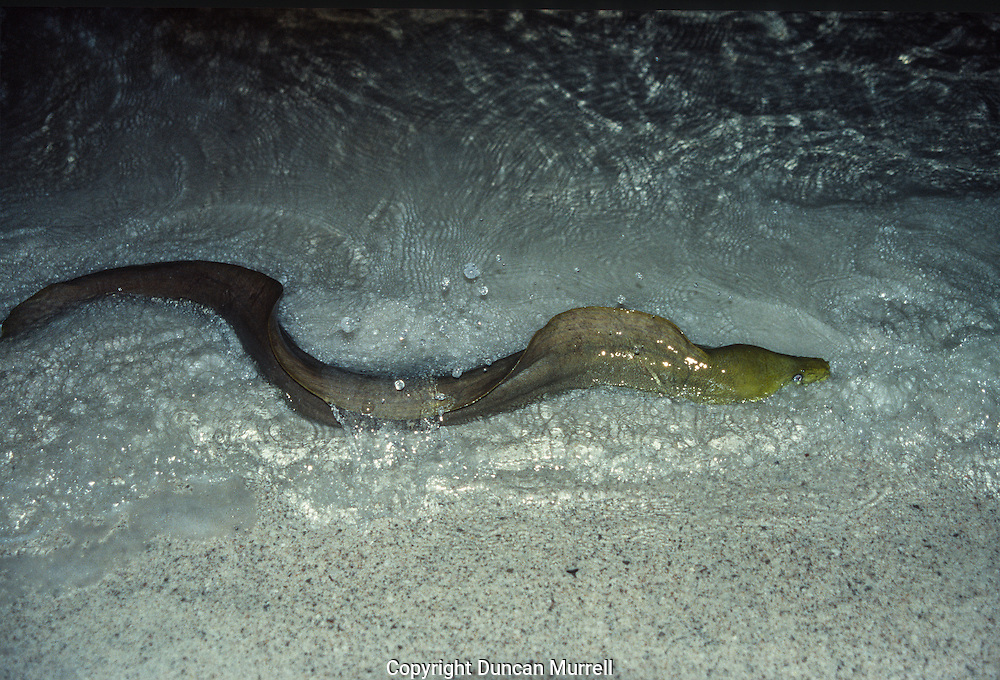