This was one of the very rare occasions when a humpack whale ever showed any aggression towards me. I always tried to avoid obstructing the passage of whales but with so many encounters it was inevitable that sometimes I didn’t have enough time to get out of their way, especially if they surfaced in front of me without any warning. Even then I was often amazed at how they would just roll beneath me like a gigantic ball caressing the soft hull of my kayak with barely a ripple. But on this occasion I encountered a slightly more irritable whale and as it was sounding (diving), instead of just lifting its flukes up before sliding gracefully out of view, it rolled its flukes sideways, creating a large wave that surged towards me, over the bow of my kayak and onto my lap. The icy water of Southeast Alaska was always cold enough to give me a sharp intake of breath, and some degree of punishment for not giving way to a much larger vessel fast enough! 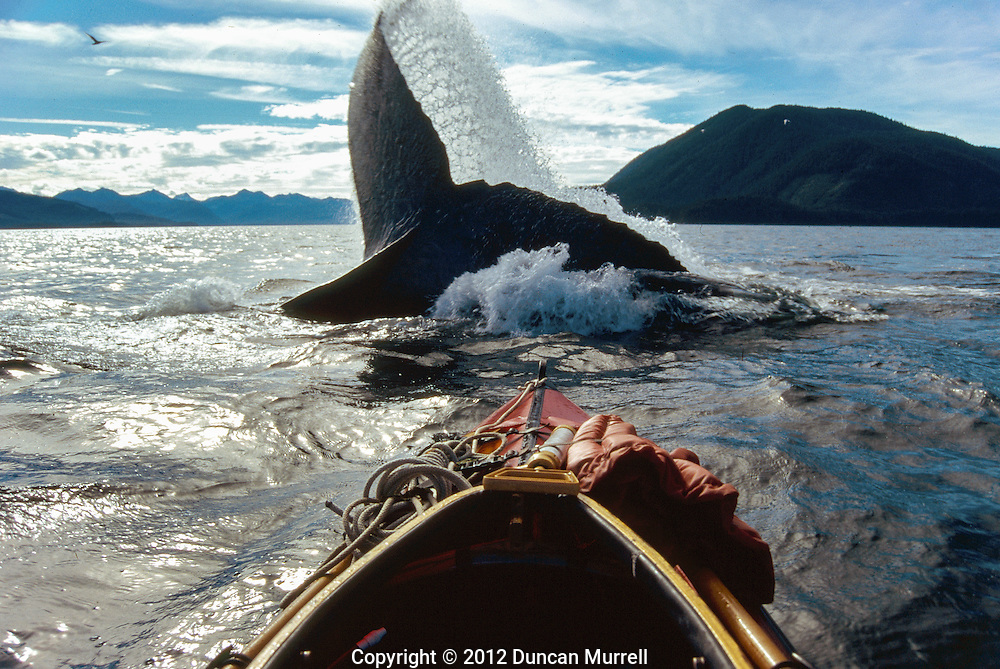