The total Alaska harbor seal population is estimated at approximately 141,000 in non-glacial sites and approximately 15,000 in glacial fjords. Harbor seals are difficult to census because they can only be accurately counted when they are hauled out. They haul out at different times of the day at thousands of locations in Alaska; both at terrestrial sites and on glacial ice calved from tidewater glaciers. During any survey, some seals are in the water and not available to be counted while others are hauled out, but the proportion of the total population hauled out at any given time is unknown and must be estimated. One way to arrive at this estimate is to radio tag seals in the area, prior to conducting a survey. When the survey is conducted, the proportion of radio-tagged seals that are not hauled out provides a correction factor to estimate the total seal population (e.g., if 3 of 10 tagged seals were not hauled out, an additional 30% would be added to the count of seals hauled out to estimate the total population). 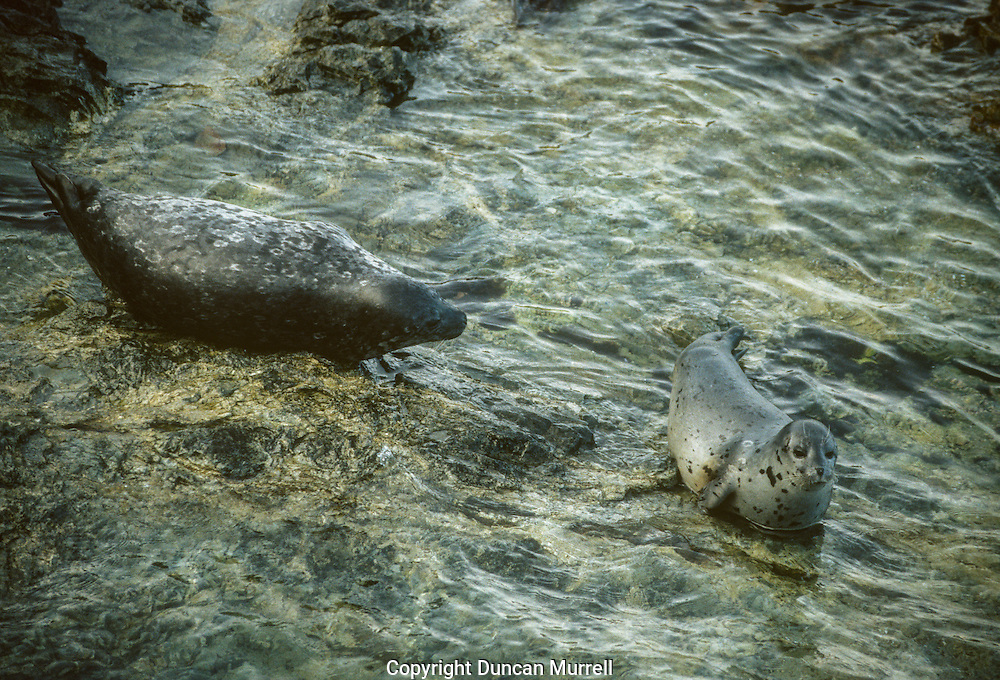