This photo was taken by one of the leading humpback whale researchers in Southeast Alaska at the time, Cynthia D’Vincent. She was actually working with a film crew at the time who were making an IMAX film. We had a lot of encounters during the filming and she pointed out that I was getting into "rather too many" of their shots, and politely asked me if I could try to avoid doing that. I was getting fed up with having to breathe in the exhaust fumes from their fast boats, whilst I was left rocking in their wake. I continued to work in my usual low impact fashion, but eventually they got all of the shots that they needed and I was thanked for obliging with her request, and I was rewarded with a bottle of wine.
The unusual lighting, and atmospheric conditions at sunset, was a result of an extensive forest fire in the Yukon Territory hundreds of miles away to the northeast. 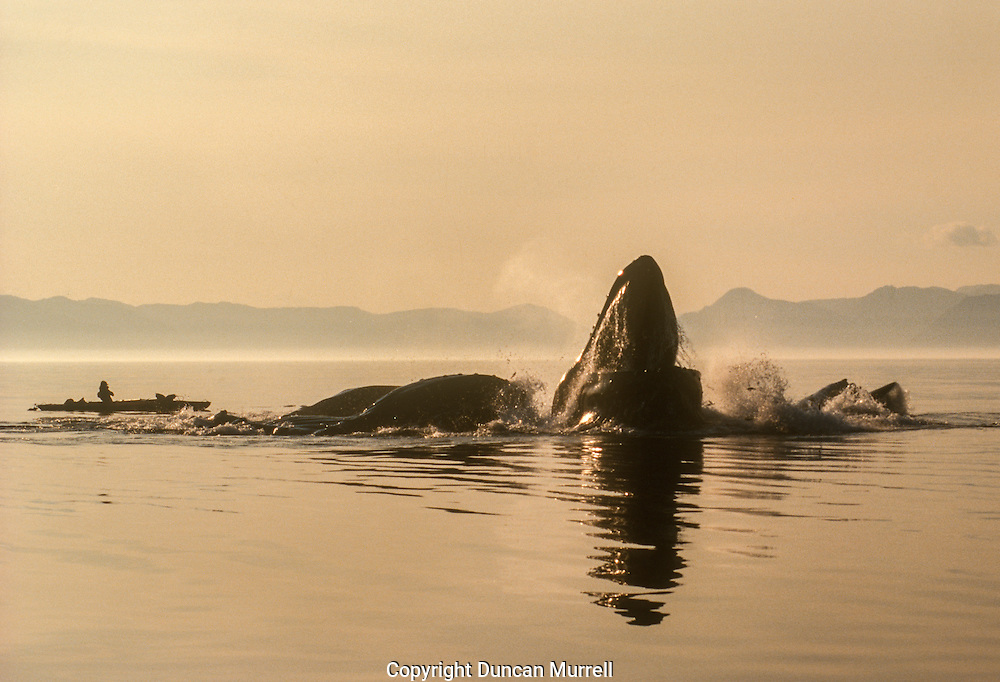