White horse on a beach on the northern coast of the Isle of Muck, the Small Isles, the Inner Hebrides, Scotland

As I got farther from the shore and out into the fully unobstructed jaws of the Atlantic Ocean, I quickly realised that I was taking a really big chance with such chaotic sea conditions. I debated whether or not to turn back, but I decided against any rational thinking as usual, and adopted my King Canute attitude of defiance against the might of the ocean. If I remember correctly it seemed as if I had waves coming at me from all quarters, especially from the stern, that required some heavy-duty bracing to prevent me from jack-knifing and capsizing. I felt as small and vulnerable as I have ever done in a kayak anywhere in the world. It was quite reminiscent of an epic paddle on the east coast of Madagascar, when the following waves and swell were so big that I had to paddle in a reverse position into the waves, and “back into” the safety of a sheltered lagoon. To say that my heart was in my mouth the entire way would be too understate how genuinely scared I felt, but as always I was fully focussed and defiant, and even shouted at the waves from time to time just to let them know that I wasn’t going to surrender to them. My eyes were fixed on my destination, the small Isle of Lunga, and constantly analysing how much nearer it seemed.
I had good memories of camping on Muck during my previous visit there in 1990. I was really looking forward to being there again, and that as well as my sense of self-preservation kept me battling away with gritted teeth. It may sound very clichéd but when you are paddling along the precipice, as I was in those sea conditions then every fibre of every muscle in your body is as taut as bowstrings. As I slowly got nearer I could already feel some degree of relief coursing through my veins along with the adrenaline. I could see the entrance to the harbour and the new ferry terminal getting delightfully larger and larger. I then paddled around the eastern side of the island towards a sheltered sandy bay on the northern end of Lunga. 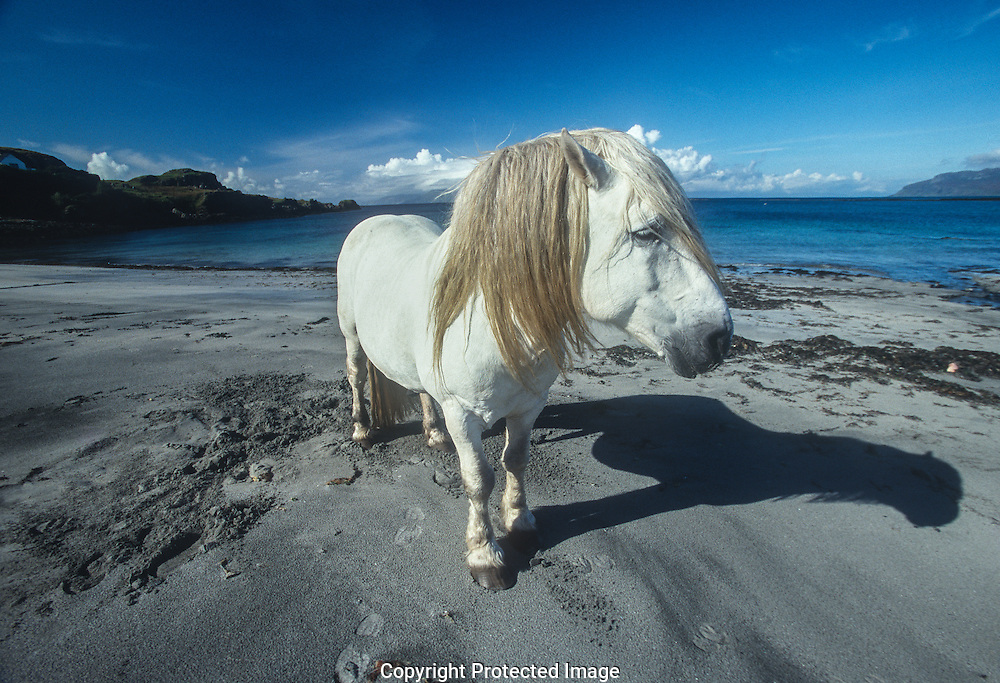