One of the best features of this campsite is that not far back inside the forest was the biggest red huckleberry (Vaccinium parvifolium) patch that I ever found anywhere in Southeast Alaska, and they were unquestionably my favourite berries, especially when they were cooked into a sauce to have with delicious multigrain pancakes. There were also plenty of blueberry (Vaccinium ovalifolium) and some thimbleberry (Rubus parviflorus) bushes, which was also one of my favourite berries. I started every morning collecting firewood and berry picking. There was also a nice cool mountain stream not too far away for collecting drinking water, washing my clothes and having icy cold baths.
I quite often baked bread either in a reflector oven or one in the ground next to the campfire. It very rarely emerged without getting burnt. This campsite was also particularly good for two of my favourite wild plants that I used regularly: wild spinach, also known as lamb's-quarters, white goosefoot, fat hen (Chenopodium album) and sea asparagus or perennial glasswort (Sarcocornia ambigua). Wild spinach is commonly found along the border of beaches and sea asparagus grows in low mats in flat areas flooded by the sea at high tide. Sea asparagus has a salty taste that reminds me of black olives. 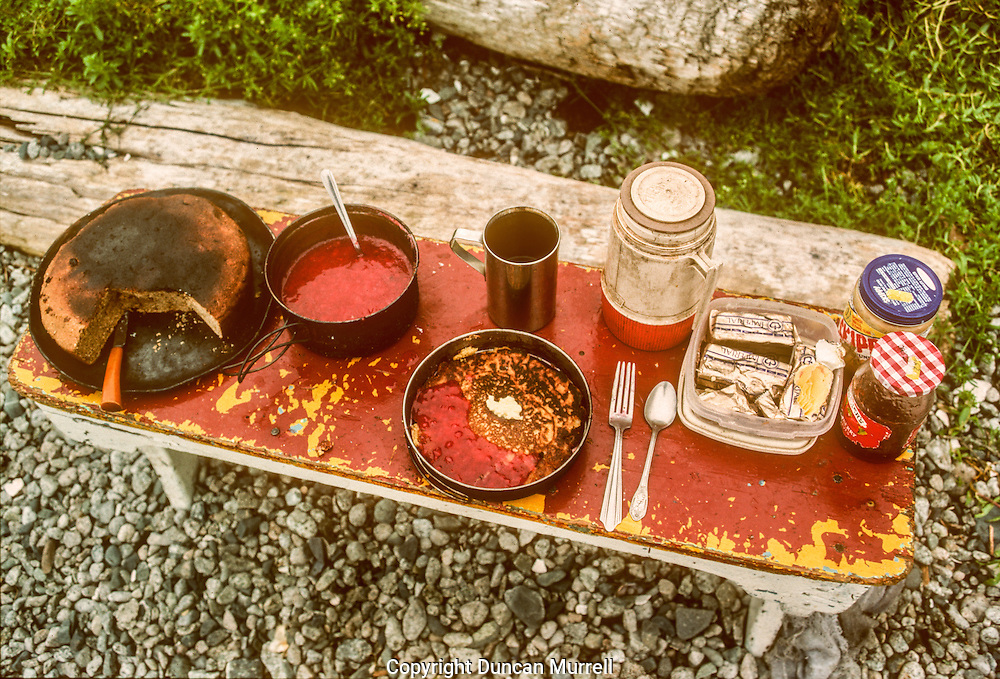