A temporary repair job on the rudder yoke of my kayak, somewhere along the coastline of the Mananara Nord National Park on the east coast of Madagascar.

I was discovering how unpredictable the weather is along the coast of Madagascar and got caught in a few bad squalls including one on the afternoon of my 50th birthday. I paddled back to the mainland from Nosy Boraha and camped on the long spit that extends out into the channel. Shortly after setting off the next day I had the next mishap; the wooden rudder yoke of my kayak broke, making it virtually impossible to steer my kayak in the big ocean swells and get ashore without capsizing in the surf. I had heard the usual surfeit of shark attack stories involving tiger sharks along the east coast so I decided to err on the side of caution and not enter the water to attempt a repair so I had to try to do it by crawling along the back deck of the kayak and reaching out with extended arms. As I was doing it the kayak was drifting ever near the breaking surf on the steep beach, and waves were swamping the cockpit, so I had to keep crawling back into the cockpit to pump out the water. Eventually, with my arms fully extended and frequent duckings of my head underwater, I was able to make a splint for the broken yoke using some wooden cooking utensils all held together with tape, straps and cable ties. It wasn’t a moment too soon as my kayak was just about to be swept ashore into the pounding surf! But that wasn’t the end of the day’s mishaps because when I got back into the kayak I realized that I had omitted to secure my paddle and it had been swept away by the waves! Fortunately I always carry a spare paddle and I spent the rest of the day paddling around the area trying to find the lost paddle but to no avail. Everything just kept going from bad to worse, and I was less than a month into my trip. 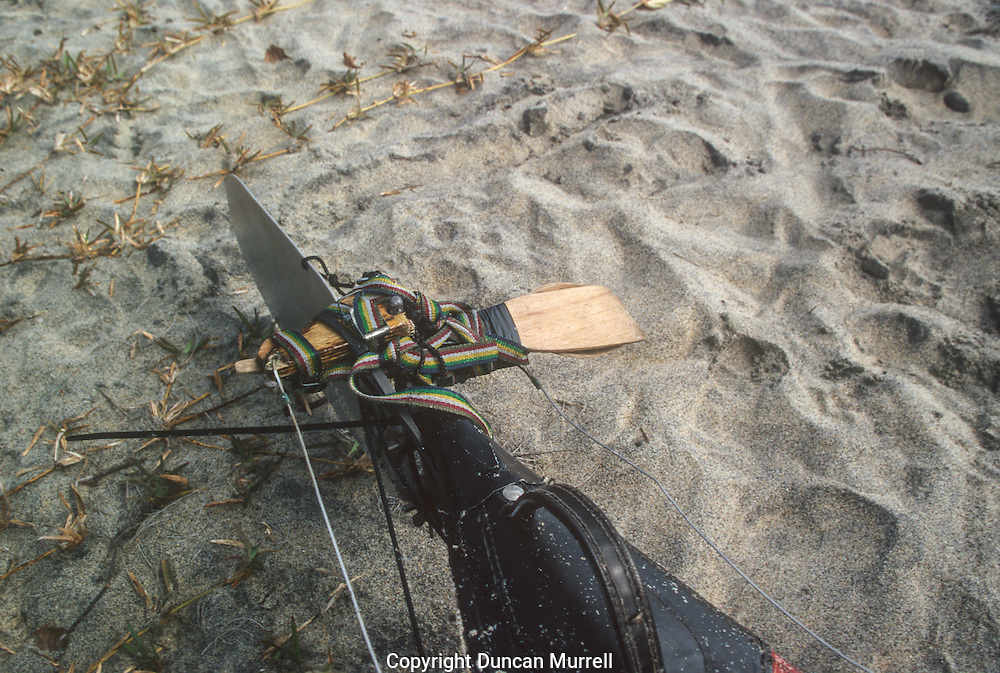