Cape Fanshawe was always one of my first anchorages after leaving Petersburg, either in one of my boats, Avalon and subsequently Selena, or in my kayak. It’s on the mainland and at the entrance to my favourite place for vegetation in Southeast Alaska, Port Houghton. Although there are some safe anchorages in amongst the small islands there, and there used to be a fur farm situated there, the actual cape is very exposed to the full power of the elements as can be seen by the way these rocks on the shore have been sculpted; they have been sculpted like waves and are extremely slippery to walk on.
I always remember being trapped there in my kayak late in the summer because the sea conditions were so rough. I was trying to get back to Petersburg at the end of a trip, and when the weather eventually cleared for a while, I had to make a dash for town and paddled continuously for 18 hours to make it back there. I had nearly been out of food, and to add to my torment my tent was being constantly bombarded with cones by a very petulant and territorial squirrel; it developed into squirrel wars! 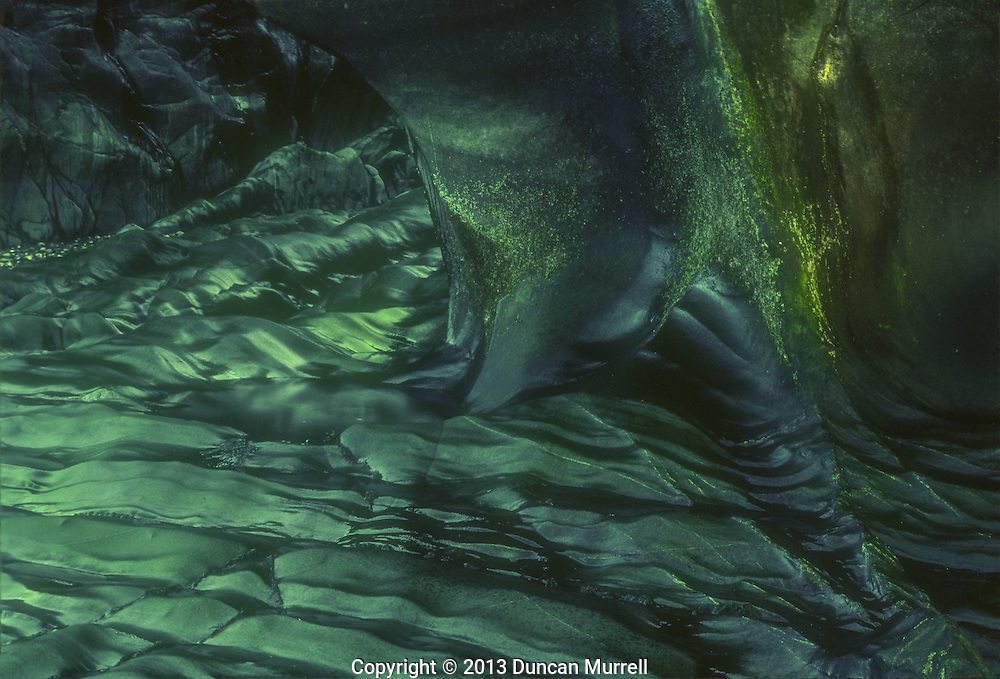