Dead minke whale (Balaenoptera acutorostrata) washed up on a beach, Isla San Jose, the Baja Peninsula and the Sea of Cortez, Mexico.

On the journey back from La Paz I had an exhilarating encounter with a large pod of Bryde’s whales lunge-feeding on a shoal of fish in this channel between the Baja Peninsula and Isla San Jose; Bryde’s whales are medium-sized baleen whales, specifically rorqual whales belonging to the same group as blue whales, humpback whales and others. They closely resemble their close relative, the sei whale, are found in tropical waters and are easily identified by the distinctive, three longitudinal ridges on their rostrum ( the extended dorsal surface of a whale’s head ). After many years of having hair-raising close encounters with feeding humpback whales in Alaska I was taken aback by how much faster the Bryde’s whales were; they can accelerate up to 15 mph compared to their usual cruising speed of 1-4 mph. I was just thinking that I would have to shift into a higher gear of alertness when a dorsal fin suddenly burst into view right in front of me, and it slid beneath my kayak with barely a whisker between us ! A few days later I had my first ever encounter with a grey whale. I had already seen a breaching humpback whale between La Paz and Isla San Jose but I was still yet to see the big one – a blue whale. 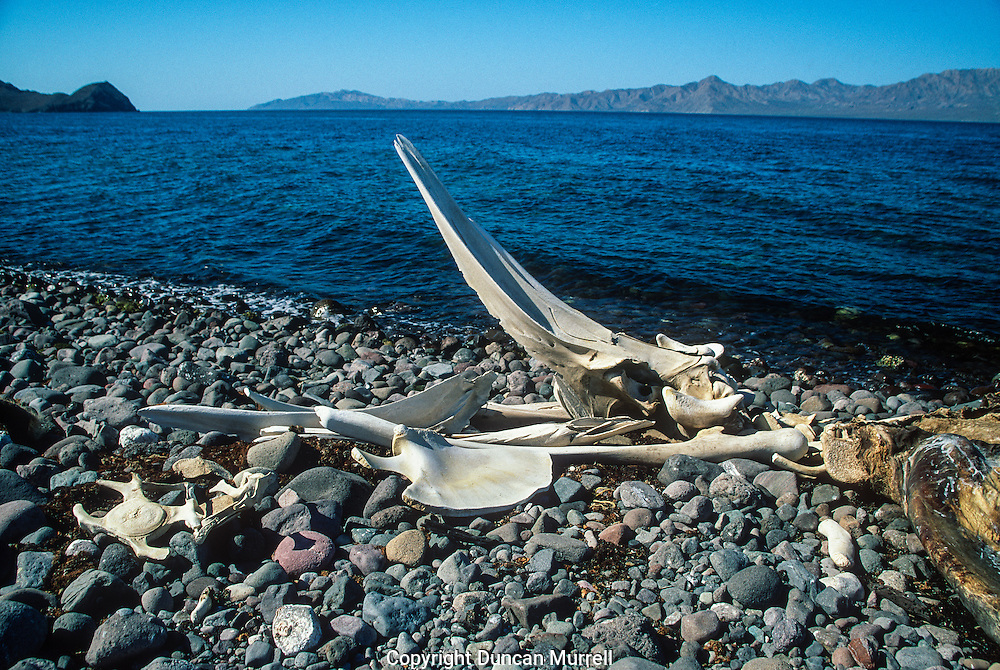