My camp up a river in Masoala National Park, the Masoala Peninsula, eastern Madagascar.

Up the next river I found a variety of stick insects and was able to watch a frog chirping at very close range. The frog chorus started in unison at about the same time very day, each species with its own distinctive call. I saw an incredible bird called a helmet vanga with the most ostentatious bright blue beak and paradise flycatchers trailing long ribbons of feathers behind them; this was the tropical paradise that I had been dreaming about. I was glad that my foot had healed sufficiently well enough to give me almost full mobility again. The next river that I paddled up was much larger than the others and there was a fishing village at the entrance and several dwellings along the lower reaches. I paddled as far as I could to find the greatest sense of solitude. I was well provisioned and I planned on camping there for a few days so that I could explore the surrounding forest. Just past my camp I found a beautiful tributary with a series of small waterfalls. When I hiked up the stream in the evening I entered frog heaven. I found six species, many of them very small and cryptic. The largest one was perched on a small branch and was not disturbed by my presence. I was able to photograph it from every conceivable angle. 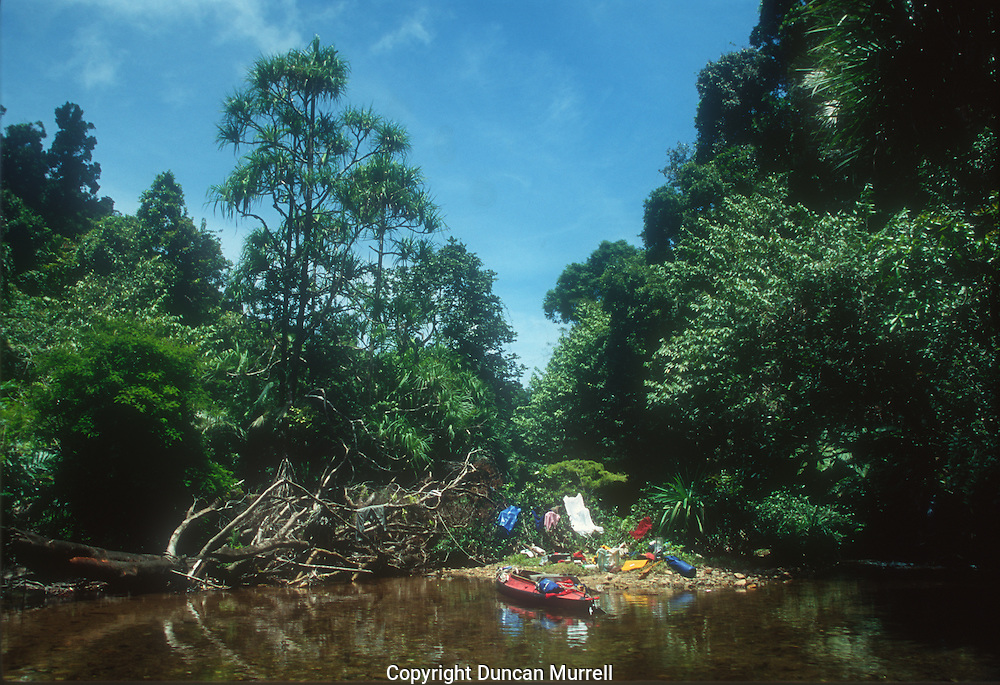