Skunk cabbage is the definitive plant of the damp Southeast Alaskan terrain. It's large leaves and thick stems can be found anywhere where the ground is saturated enough both inside the forest and outside. Apart from its prominent appearance its distinctive musky smell is a prevalent feature in and around the forest. The distinctive odor attracts its pollinators, scavenging flies and beetles. The plant grows from rhizomes that measure 30 cm or longer, and 2.5 to 5 cm in diameter. The leaves are the largest of any native plant in the region, 50–135 cm long and 30–80 cm wide when mature. Its flowers are produced in a spadix contained within a large, bright yellow or yellowish green spathe 30–40 cm tall; it is among the first flowers to appear in spring.While some consider the plant to be a weed, its roots are food for bears, who eat it after hibernating as a laxative or cathartic. The plant was used by indigenous people as medicine for burns and injuries, and for food in times of famine, when almost all parts were eaten.Streptopus amplexifolius was used as a food plant by Native Americans in Eastern North America and as a medicine. The plant was referred to by early settlers of Eastern and Western North America as "wild cucumber" and as "scoot berries" for the mildly laxative effects of the berries if they are eaten in excessive quantities.
Twisted stalk or wild cucumber is one of my favourite plants in Southeast. It is a very elegant plant with its ornately arranged lanceolate leaves attached to each kink in the stem. It has delicate little ivory flowers that hang down like fairy's hats.The tender young shoots of this plant were eaten by some aboriginal peoples as a salad green, but most considered the plant and berries poisonous.The shoots are sweet with a cucumber-like flavor. The berries are juicy and sweet, with a watermelon-like flavour. The juice of the berries was used as a soothing treatment for burns by American Indians. 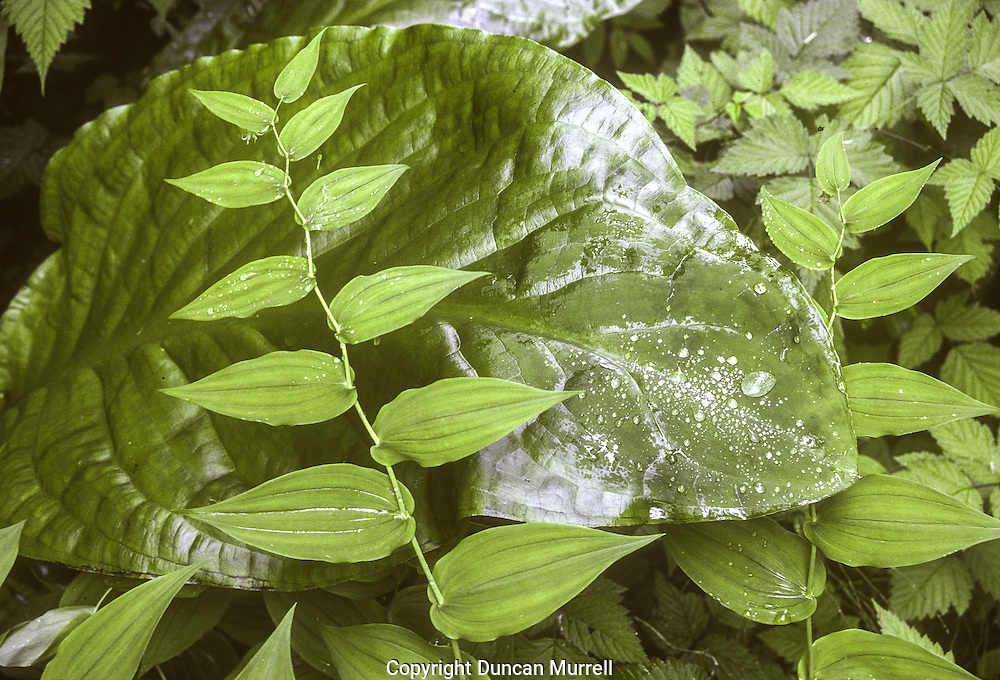