Point Gardiner at the southern end of Admiralty Island was one of my favourite places to camp because of the commanding view across Stephen’s Passage and down Chatham Strait to the snow-capped mountains of Baranof Island. There are strong currents there with extensive kelp beds, and not far offshore a small island called Yasha Island, that was regularly used by Steller sea lions as a seasonal haul out, and my favourite place to observe them. Landing or launching my kayak anywhere around Point Gardiner was never easy because there are very wide wave-cut platforms and the coastline is generally very rocky. 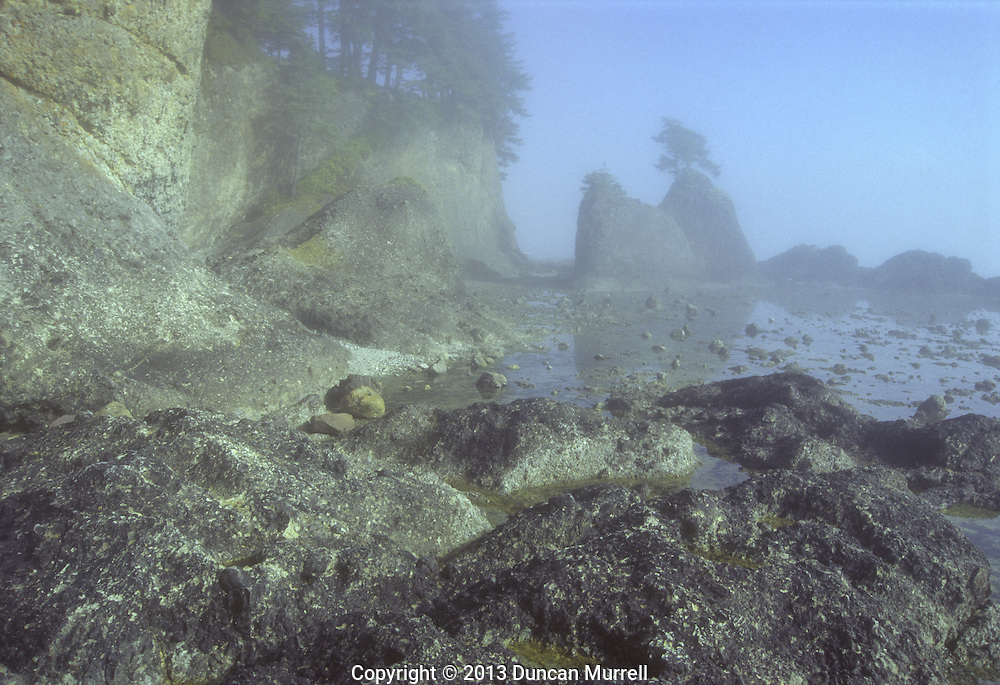