Once I managed to drag myself away from the feeding basking sharks in Gunna Sound I headed SE to the southern end of Mull and then E to the small island of Lunga not too far off the mainland. The sea conditions were quite moderate and it was a very pleasant paddle highlighted by a most unexpected encounter. Shortly before arriving at Lunga I saw something on the surface with part of it sticking up above the surface and moving quickly. As I got closer I was able to identify the unmistakeable shape and unique means of propulsion of a sunfish. They can grow to a massive size but this was just a very small one. It was the first time that I’ve seen one, although they have been sighted quite frequently along the south coast of England, and even very close to the shore of one of my local beaches in Torbay. I had always associated them with tropical waters and never ever expected to see one that far north, but such is the changing nature of our climate and ocean currents that there will be a concomitant shift in the migratory patterns of many warm water creatures such as turtles. I managed to get close enough to get a good view of its unusual shape and the gyrating “sculling” action of its tail fin but then it disappeared, although it kept returning to the surface, so I could see how it gets its name of sunfish because they are surface baskers like the basking shark, although they are just doing it to feed.
I had very good memories of visiting Lunga by boat during my first trip to the Inner Hebrides in 1990, especially seeing puffins up close for the first time. I was really looking forward to returning there and being able to camp on the island for a while. It is of volcanic origin and has been described as “a green jewel in a peacock sea” and once I was there again I could only echo that poetic description. It is one of the most beautiful places where I have ever camped and a place that I will always dream of returning to. 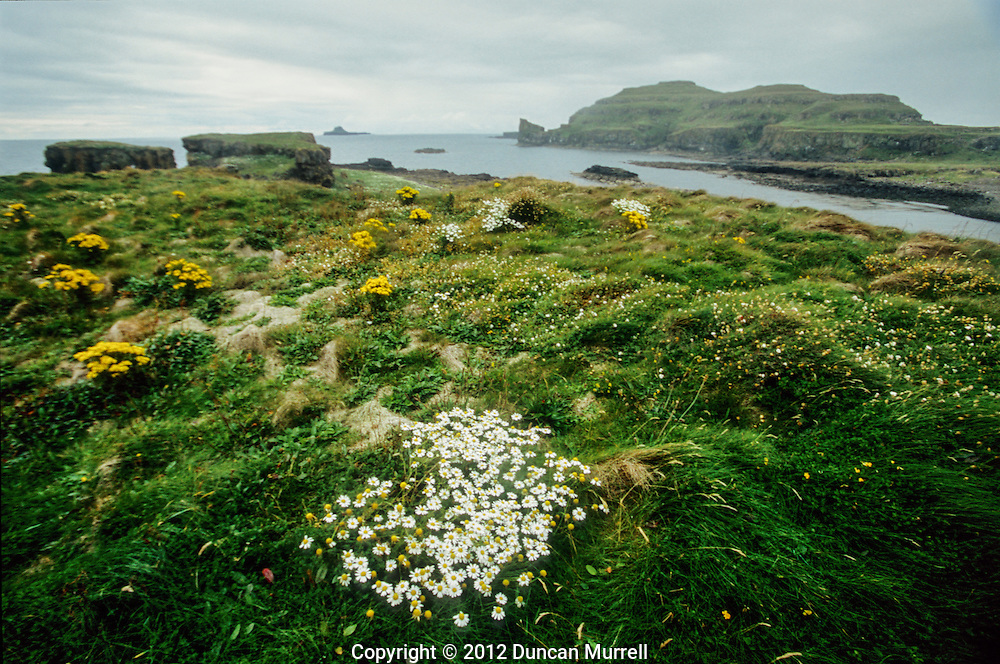