This was definitely one of my favourite camps in Southeast Alaska because Point Gardiner is such a spectacular location with tremendous views across Frederick Sound and Chatham Strait down to the Pacific Ocean, and Baranof Island with its spine of lofty mountains and glaciers. It wasn't the easiest camp to get to after arriving because of the extensive wave-cut platform at Point Gardiner, and if i was exhausted, which I usually was because the crossing from Kupreanof Island to the south was the longest of the crossings I had to do, having to carry all of my gear to the camp in the dark used up the very last of my energy reserves. There was always so much wildlife off the point. The strong currents of Chatham Strait and Frederick Sound converge there creating upwellings and challenging sea conditions, which attracts a lot of life there, from seabirds to whales. There are extensive kelp beds around the point as well. Just offshore from the point is Yasha Island, which was my favourite sea lion haulout for observing Steller's sea lions at close quarters. 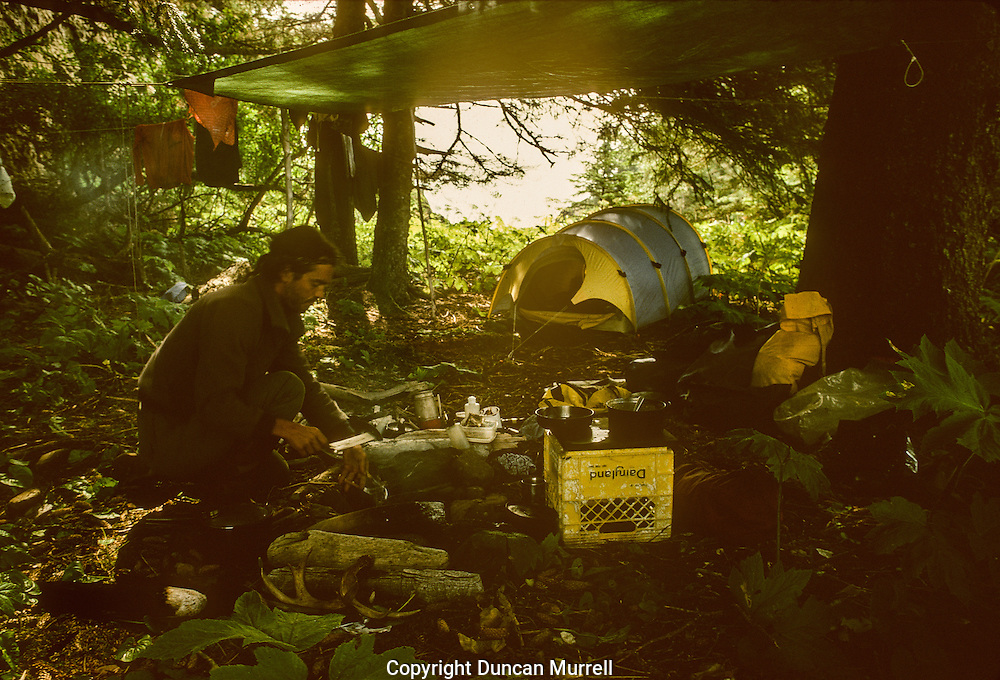