The view westwards from Isla Carmen of the Sierra de la Giganta towards Nopolo and Loreto in the Bahia de Loreto National Park along the Baja Peninsula and the Sea of Cortez, Mexico.

The town of Loreto is a regular staging post for commercial kayaking tour groups. I enjoyed mixing with some of them but farther down the coast I was I was shocked by the territorialism of some of the kayaking tour leaders. I encountered a dispute between two “rival” American tour groups that each laid claim to a nearby beach to camp on. The beautiful “unclaimed” beach that I gratefully accepted to camp on was evidently less desirable. The next day I stopped at an empty beach to stretch my legs when one of the groups that was involved in the dispute came into view and their leader paddled towards me. I greeted him politely as always and he promptly retorted by just asking me where I was heading. I told him that I was just heading south, to which he curtly replied, ‘I just wanted to let you know that we’ll be camping at the next beach, OK.” I didn’t take it as an invitation to join them for a campfire dinner or to share kayaking stories; I had no desire to detract from their wilderness experience or pollute their airspace with smoke from my campfire. The commercial kayaking groups don’t venture very far south of Loreto so it wasn’t long before I had left that bewildering attitude behind me and could embrace the infinite solitude that Baja had to offer. 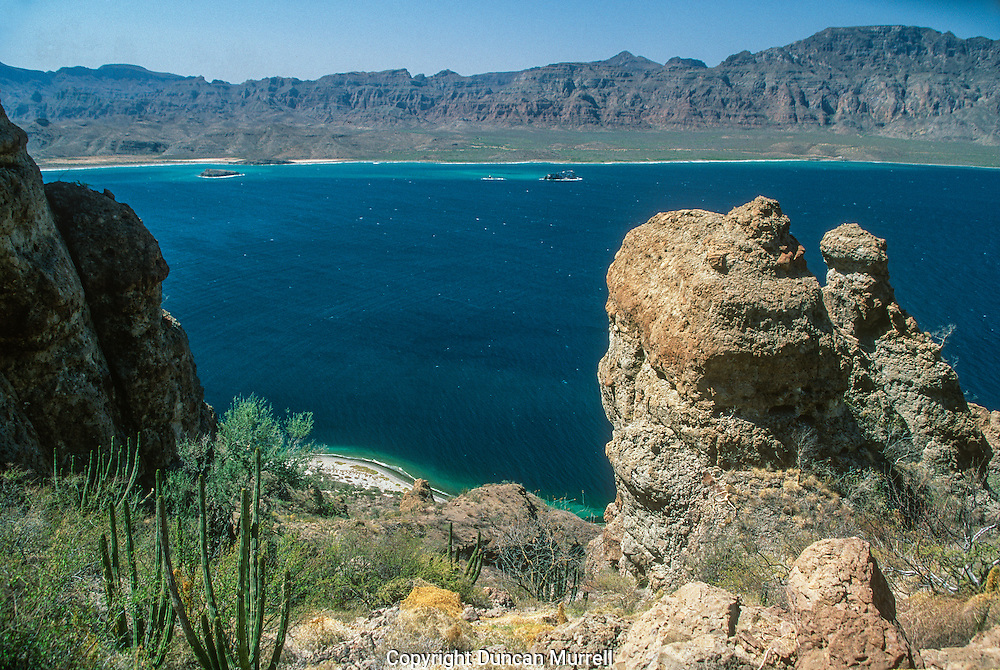