Yasha Island was my regular place for observing, photographing and simply being entertained by sea lions. I had to land my kayak on the opposite side of the islet, creep stealthily through the rocks and trees, and then low down on my belly to get right in amongst them. There is usually so much noise and commotion at a haul-out that it's surprisingly easy to get in amongst them. Their vision is evidently quite poor out of water, so as long as I moved very slowly and didn't stand up and become boldly silhouetted, I could "bluff" my way into their close company. Sometimes one of them would stare at me inquisitively but as long as I kept completely motionless, it then continued participating in the general pandemonium that frequently pervades the haul-outs. But sometimes a degree of calm is restored as this photo illustrates, but it takes just one incident to flair up, perhaps when one of them is rudely awakened by the clumsiness of another one trying to get past it, and then the pandemonium sweeps across the haul-out like a wild fire with their extended heads swaying in the air belching out disgruntled roars and groans. 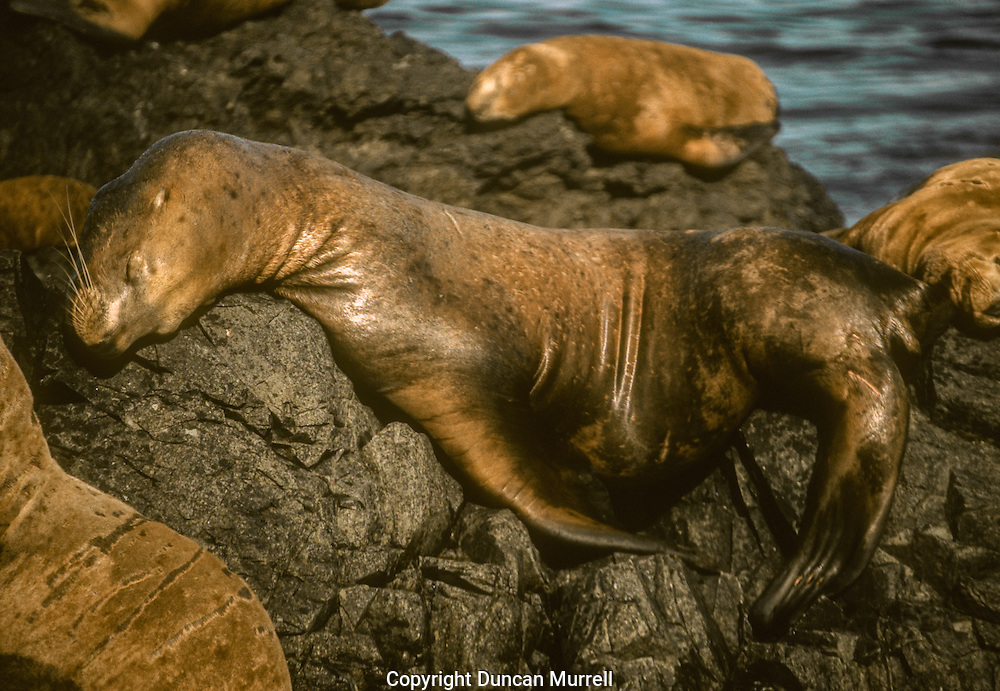