The village of Cleadale in the Bay of Laig on the Isle of Eigg, the Small Isles, the Inner Hebrides, the West Coast of Scotland 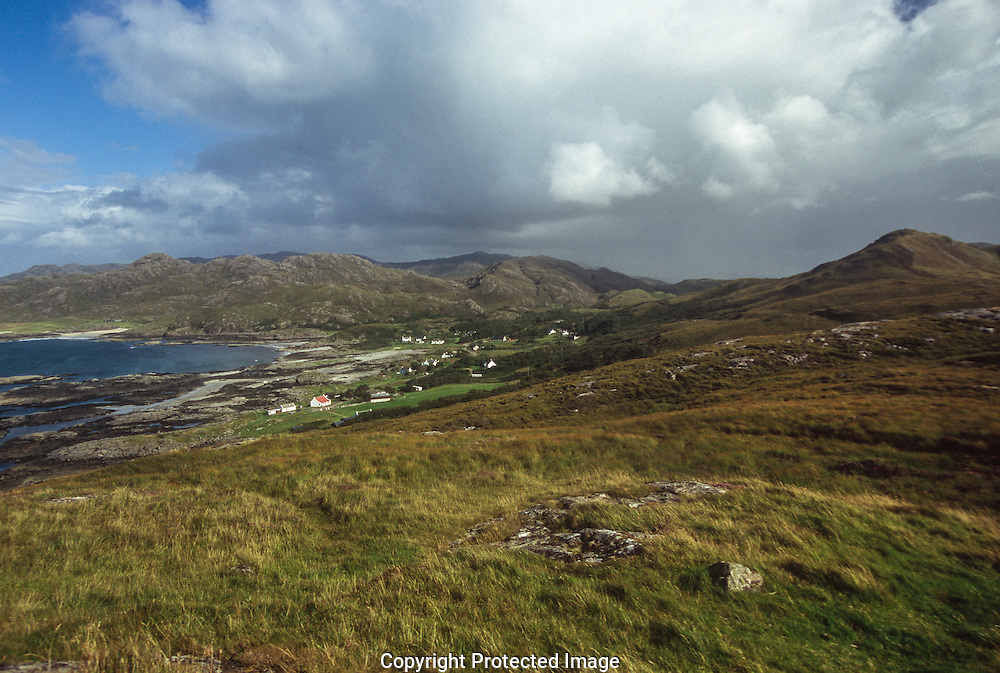