I often caught the Alaska Marine Highway local ferry to the native town of Angoon on Admiralty Island before paddling across to my camp at Point Hayes on Chichagof Island. I had to walk past the city dump to get to the town to buy provisions, and there were usually brown bears foraging there, and particularly three young siblings who had apparently lost their mother. They became quite familiar with me and recognized me as someone who didn’t provide them with any food; most people who drove to the dump were providing them with reject salmon.
But one of the three young siblings was more aggressive than the other two and on one occasion it kept advancing towards me expecting me to provide it with something to eat. I decided to teach it a lesson, that people are dangerous, as indeed they are, particularly to dump bears because once they lose their fear of humans they are easy targets for hunters. I was carrying a red pepper bear deterrent spray but when I tried to fire it at the bear I discovered that there was no pressure left in the canister and the contents just trickled down my arm; it was out of pressure when I was under pressure! So I threw the useless canister towards the bear so that it would stop to investigate it and then I climbed on top of an old car. Bears are inquisitive like dogs and I usually carried a few stones in my pocket to distract any bears that might try to be too friendly. 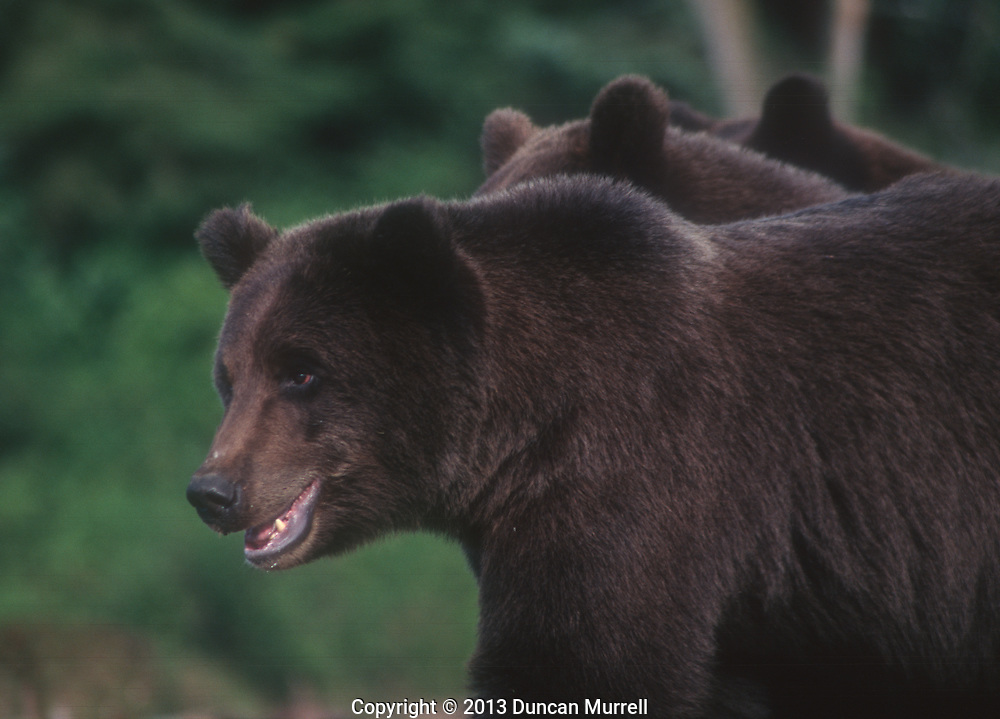